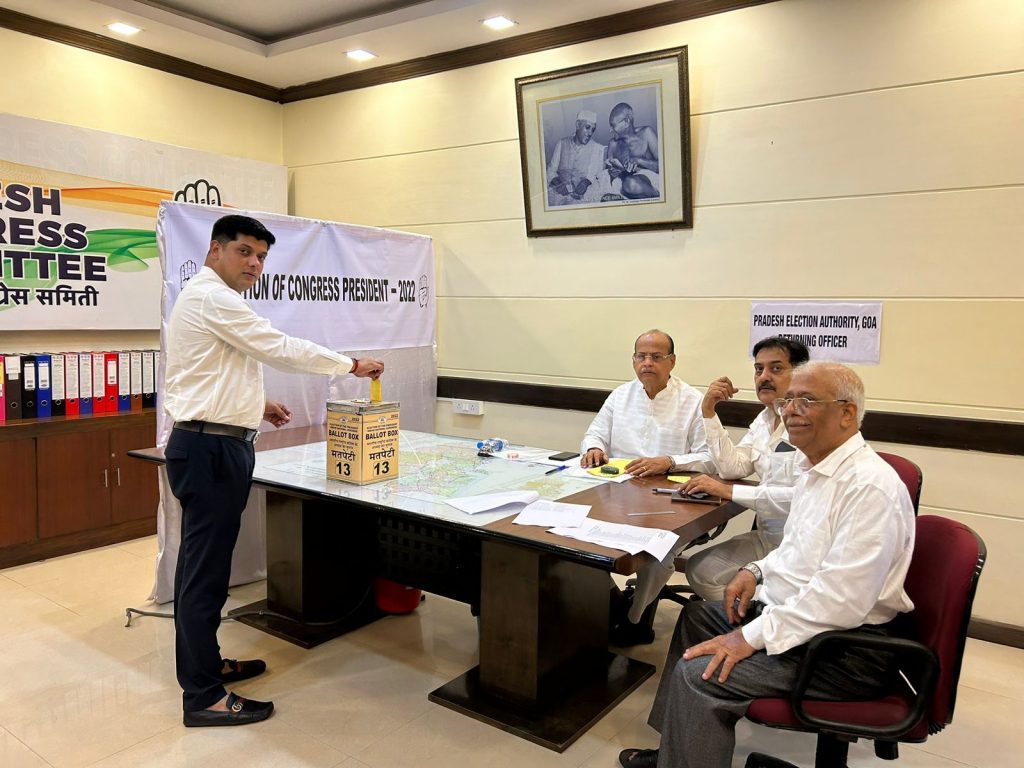 Goemkarponn desk
PANAJI: The Congress will emerge stronger in the country under its new national president, Goa party head Amit Patkar said on Monday after casting his vote for polls to elect the next All India Congress Committee (AICC) chief.
Congress veteran Mallikarjun Kharge and senior leader Shashi Tharoor are contesting the election for the top party post.
Out of the total 31 delegates in Goa, “75 per cent have cast their votes so far,” a senior party leader said.
The polling was being held at the state party headquarters in Panaji.
Goa Congress president Amit Patkar was among the early voters.
After casting his vote, Patkar tweeted, “Great feeling to cast my vote as delegate of @INCGoa from Curchorem constituency for the election of President of @INCIndia. I am sure that the Congress party will emerge stronger under the new National President across India.” More than 9,000 Pradesh Congress Committee (PCC) delegates form the electoral college to pick the party chief in a secret ballot.
Voting began at 10 am at the AICC headquarters in Delhi and at the party’s polling booths in state offices across the country.
Kharge is considered the favourite for his perceived proximity to the Gandhis and backing by senior leaders, even as Tharoor has pitched himself as the candidate of change.