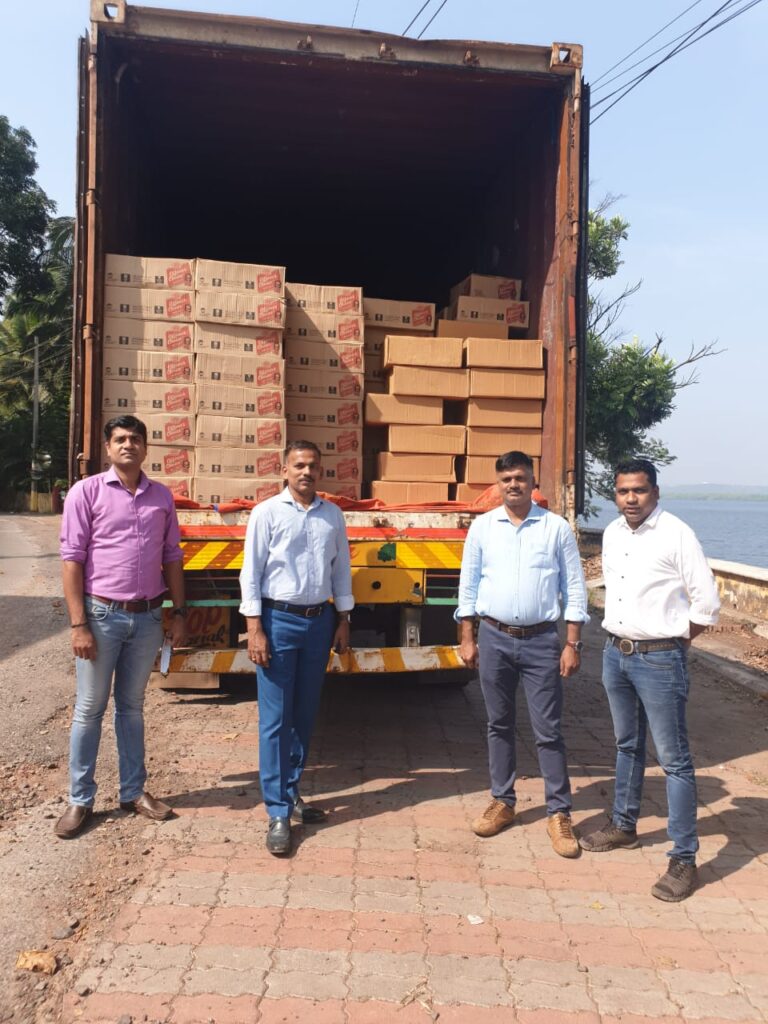 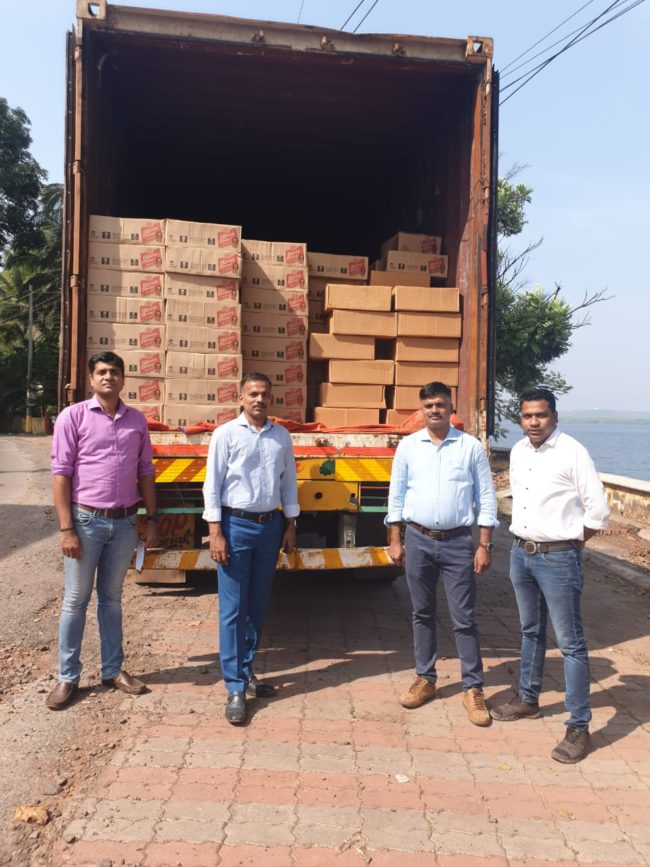 PANJIM: As per specific and reliable information received on 20/12/2020 from the informant, PI Dattaguru K. Sawant along with HC.B.No.4368, Dinesh M Pikulkar, P.C. Driver Kiran Parab visited in around Honda Valpoi, Sattari area in search of one container truck bearing vehicle registration No. MH-14-V-5919

which was suspected to be loaded with liquor. During the pursuit verified some trucks during the intervening night of 20/12/2020 and in the early hours at around 06.00 hrs on 21.12.2020, one heavy goods vehicle bearing registration number MH-14-V-5919 found parked on the local ground opposite Bus Body Department gate of ACGL,Bhedshiwada, Bhuipal, Honda, Sattari Goa.

Hence secured panch witnesses and opened the cabin door of the driver. During the search of the cabin found the keys of the truck and container lock During the Panchanama of the vehicle and the container on the same.

sha Mukund Desai, R/o S.No.80/28, Ta Thawade Phata, Taluka Mulshi, Dist. Pune, Maharashtra revealed to be the owner of the vehicle as per the RC book.

Since the vehicle is found abandoned, the said vehicle is taken in to custody along with the liquor bottle in the boxes and brought at the Crime Branch Police Station, Ribandar for further necessary action.

Vehicle loaded suspected to be duplicate liquor bottles to be transferred to the neighboring States. Neither the driver nor the owner of the vehicle revealed his identity for claiming the said vehicle or the goods/liquor loaded.

It is also submitted that since matter relates to illegal storage and transportation of liquor, after due enquiry regarding possession of liquor bottles, attached liquor bottles will be handed over to the Office of the Commissioner of Excise, Panaji Goa for taking necessary action as per the law.

Further enquiry is in progress to identify the person/organized trade involved in illegal storage and transportation of duplicate liquor.