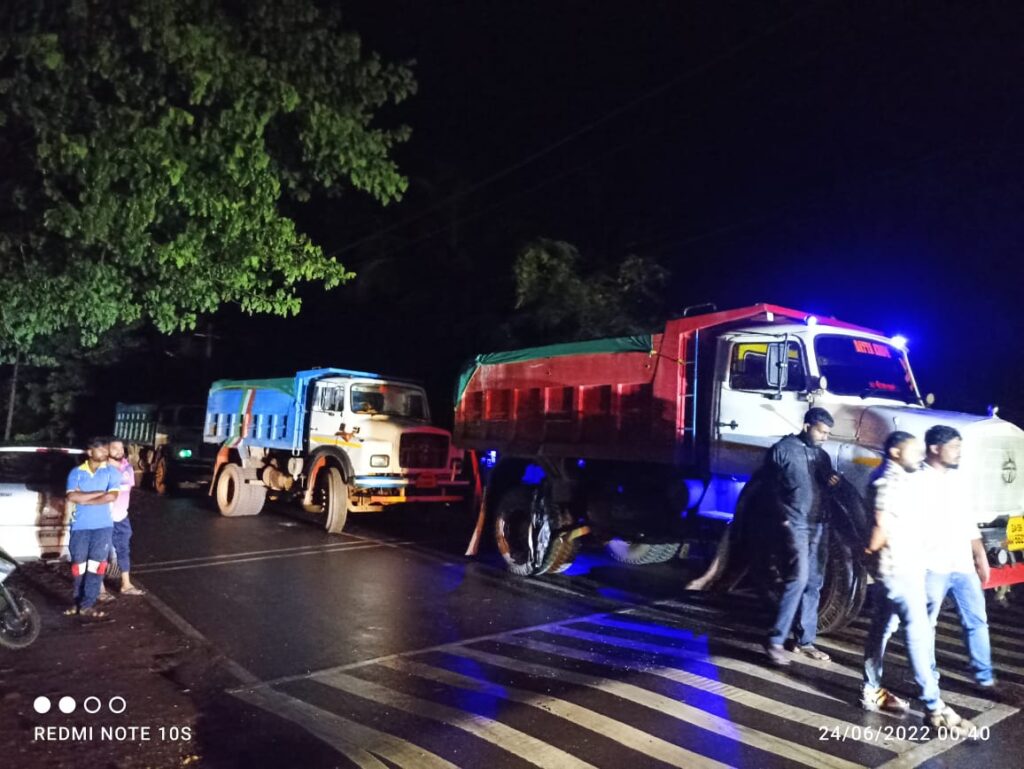 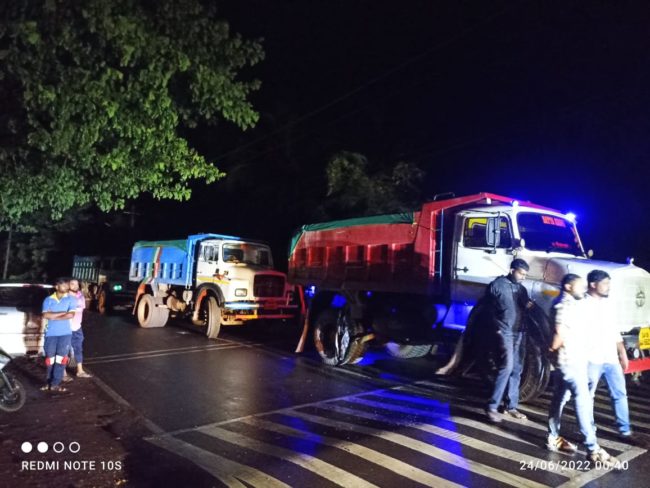 QUEPEM: Curchorem locals stopped sand transportation which was ongoing at midnight in Curchorem on Friday.
In Curchorem, illegally M Sand transport has been ongoing for the last few months from Ramnagar to Curchorem during the wee hours at night. This transportation is being done at night to escape from the eyes of the traffic police and other government authorities concerned.
According to the details, railway works are underway in Sanvordem, Curchorem and Chandor areas. A large amount of sand is required for this construction work.
M sand is being brought from Ramnagar through local sub-contractors as the state has to spend a lot of money on this powder.
After being spotted by the youths, they blocked the traffic of trucks at Curchorem at 12.30 AM. After calling the police and interrogating the trucks, it was found that they were registered in Ramnagar, Karnataka and sold in Karnataka.
Pralhad Desai has demanded that the Curchorem traffic police should pay attention to this issue.