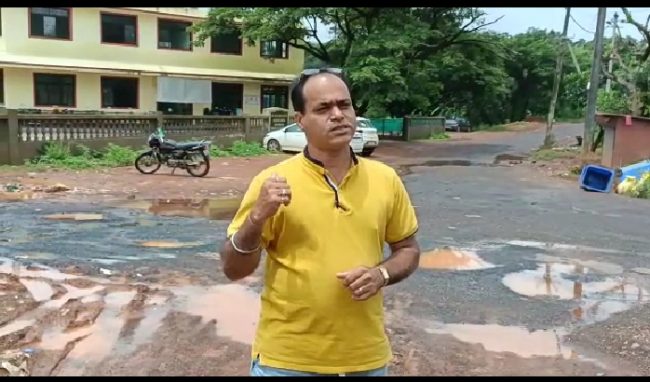 Ponda
The locals at Housing Board Colony Curti Khandepar has demanded to repair the roads conditions of which is deteriorated making them unmotorable.
Chandrakant Holkar local at Curti said the sewerage department had dug the road for laying seweage lines and chambers but after their works they are not restored. He said cosmetic work in the form of patchwork on road is not sufficient. People are suffering due to worst condition of road. He criticised officials for conducting patchwork instead of hotmixing the road. He said the patchwork on roads are washed away and turning into deadly potholes .
Viraj Sapre another local said the road is badly damaged at Hegdewar School. Further garbage bins are also kept infront of school this would cause trouble to students coming at school as they will have to face stench smell dominating from garbage bins.
He also demanded to repair the roads at Bablyakhali and Curti which are in bad shape.