Despite CM’s assurances, Goa Meat Complex not yet open 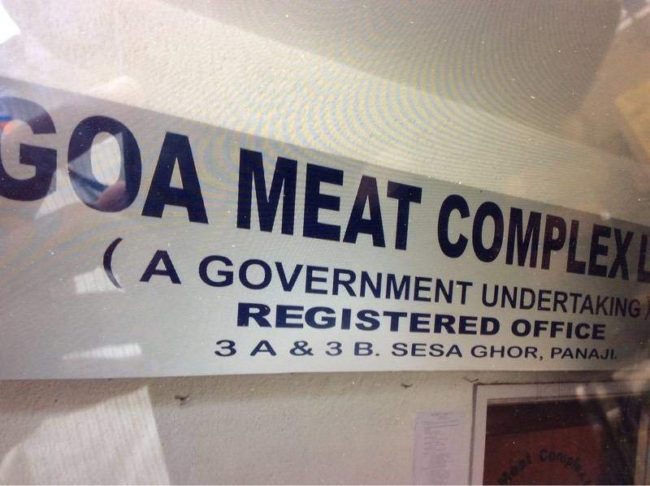 Panaji: Almost a week after the Chief Minister assured that the Goa Meat Complex will be open for slaughtering, there has been no development on the issue as the traders are unable to get the live stocks from neighbouring States.

Despite this, the beef shops in the State have available stock as currently the stock is arriving by trains from Delhi, sources revealed.

CM Dr Pramod Sawant had assured that the beef agents can bring the live stock from neighbouring States for slaughtering at Goa Meat Complex.

Amidst the peak tourist season and the demand for beef from food industry as well the catholic ommunity, the beef rates have sky-rocketed due to shortage of supply

A trader said, the Goa Meat Complex can begin operations only if traders bring live animals.

“Getting live stock from neighbouring states is a tedious process due to several restrictions,” sources said.

The officials say that the slaughtering in Goa too is a long process.

“The animals have to be kept for three days standby before passing of fit-for-slaughter, ante-mortem, post-mortem only then can the animals be slaughtered,” sources revealed.

Goa is severely hit by beef shortage as Karnataka Assembly passed the anti-slaughter bill in the State. Goa was getting its regular beef supply from Karnataka after Maharashtra banned slaughter houses.