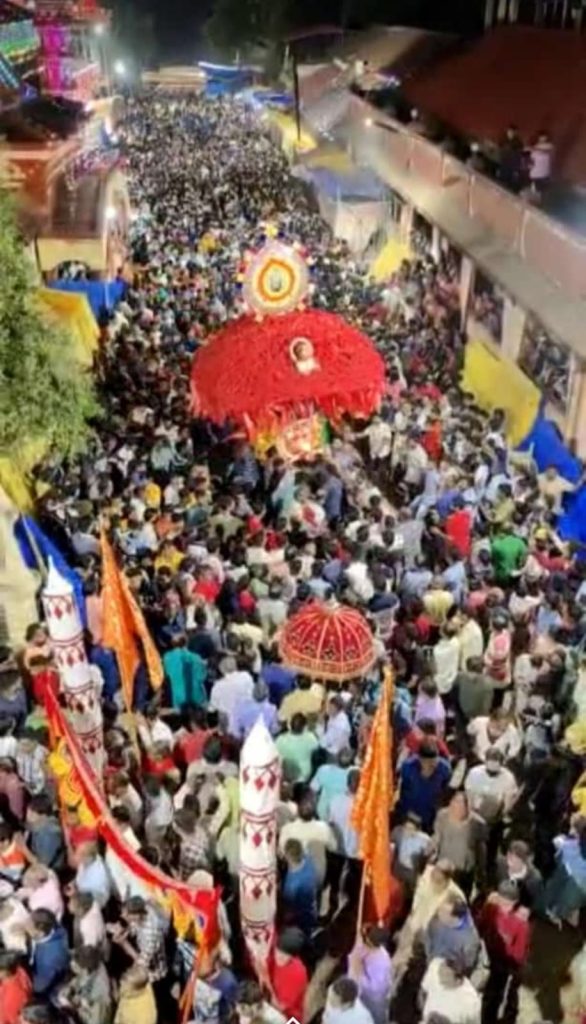 Goemkarponn desk
PONDA: The annual Zatrotsav of Navdurga Devi in ​​Marcaim was held recently with great enthusiasm from devotees. The unique tilted idol having history of more than several centuries is an attraction to Goans, and many observes fast dedicated to goddesses.
Chief Minister Dr Pramod Sawant visited the festival and had the darshan of Shri Navdurga Devi.
There has been controversy over temple ownership between Villagers and Mahajanans since 2016. The discussion began after Mahajans decided to change the old idol; however, locals opposed it, and the matter reached court and, since then, subjudice.
Recently there was police presence to maintain law and order, but it did not affect the festival—more crowd witness the Zatra yearly.
The court had appointed a government officer to accept the donation as the dispute over the festival of Navadurga Devi in ​​Marcaim was sub judice.

Rathotsava took place during the festival. A large crowd of devotees gathered for Rathotsavam. Shops selling sweets, toys and other goods were set up in the temple area.
During the festival, however, the Food and Drug Administration raided the stalls of Gobi Manchurian and closed these stalls.
Some complained that the Gobi Manchurian was unsanitary, following which the officials of this department took this action. 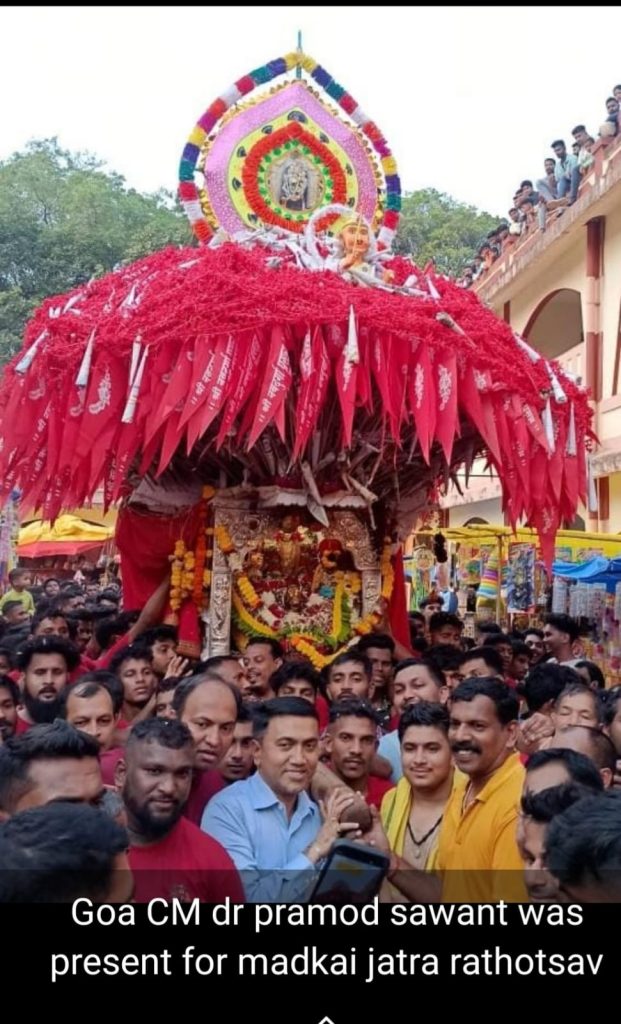 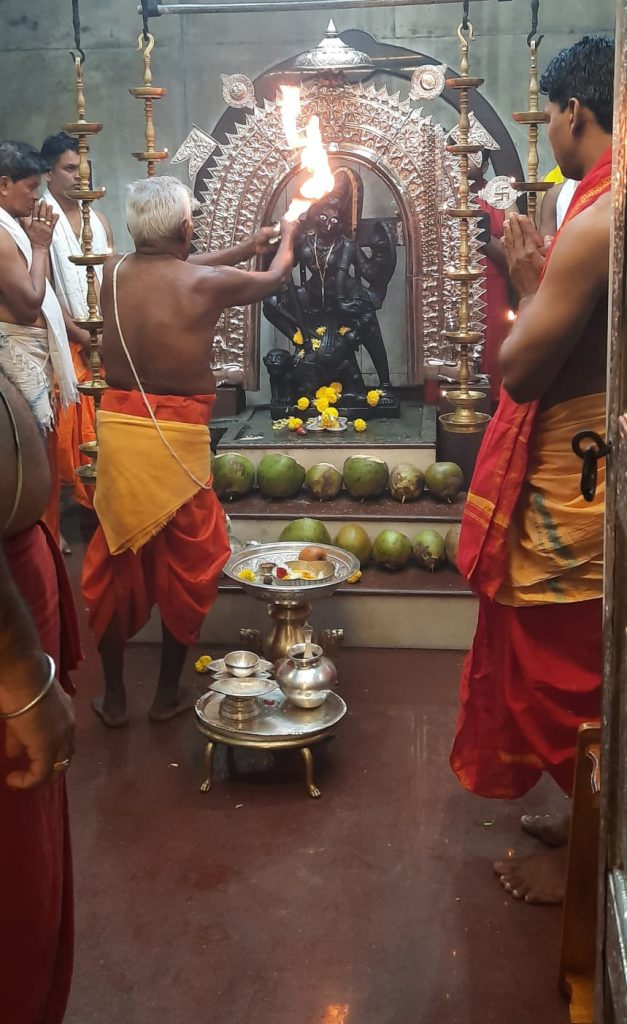