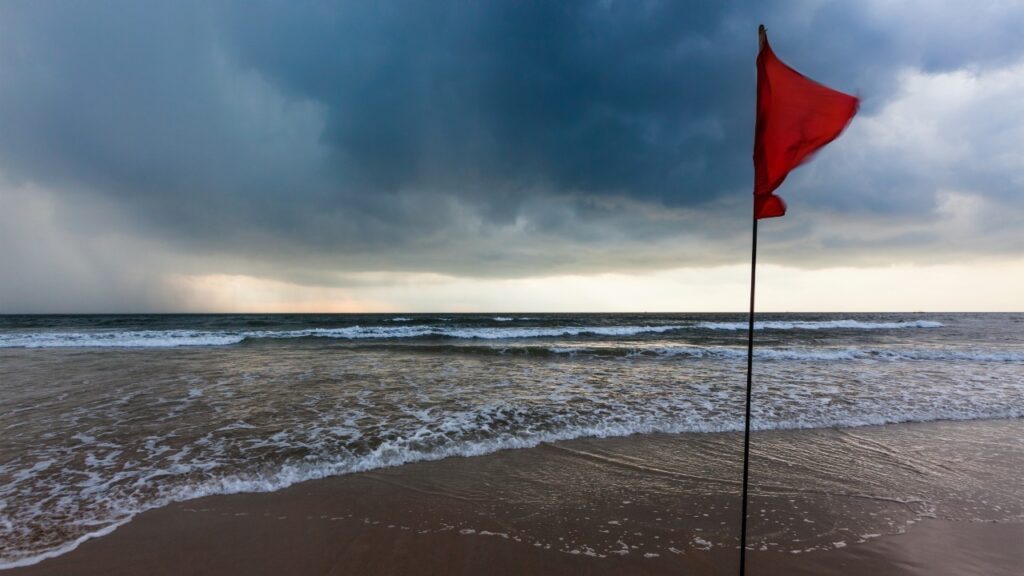 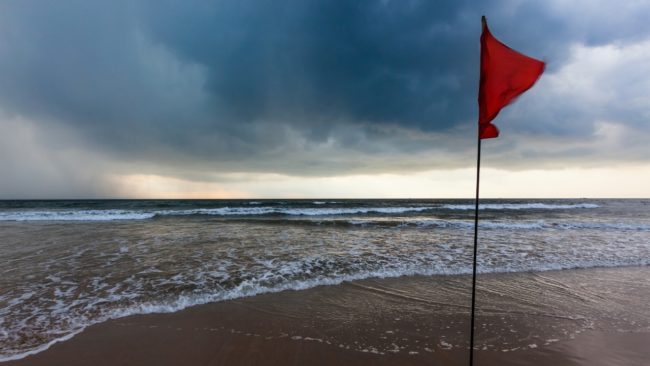 PANAJI: The Southwest Monsoon is likely to hit Goa’s coast within the next couple of days, according to the India meteorological department (IMD). Also, with the entry of the monsoons in Goa, the fishing ban will come into effect on June 1 and end on July 31, as it isn’t safe for trawlers to venture into the seas during the Monsoon.
Drishti’s 400-strong lifeguard force patrols Goa’s beaches all year. Because of the impending monsoons and current weather conditions, red flags have been posted across all beaches under Drishti’s supervision, indicating that these are strictly no-swim zones. “Pre-monsoon showers have already hit Goa,” said Navin Awasthi, Operations Head, Drishti Marine. He went on to say, “Light showers have been seen along the coast in recent days. We have placed red flags at all beaches to indicate that the area is not suitable for swimming. Even wading into the water is not advised. Our team of lifeguards stationed along the coast keeps an eye on the weather. The team has been trained to perform rescues even in bad weather.”
Drishti advises visitors to avoid rocky areas, cliffs, and hills along the shoreline. These are considered perilous during the monsoon season due to their slippery nature. The wave height, intensity, and frequencies of the waves in the sea are extremely high, making it easy to get pulled into the ferocious sea. River bathing, including water sports, is prohibited. Drishti Marine monitors sea conditions and weather conditions daily.

Safety tips for the monsoons…
Visitors are advised not to venture onto the beach. Even wading into the waters is not advisable.
Wear a mask and maintain social distancing at all times.
Those visiting the beach should keep a minimum of 10 metres away from the waterline and listen to the instructions given by the lifesavers.
Keep a very close eye on children while on the beach, and do not allow children to venture into the waters unattended, no matter how shallow they may be.
While patrolling, stay alert as lifesavers make announcements to alarm and educate people via the Public Address System put up on the jeeps.
It is unsuitable to head out to the beach or venture into the water during lightning and thunder because lightning can pose a danger.
Do not get onto the rocks during low tide because the rocks get a lot more slippery and mossy during the monsoon season.
It is not advisable to swim or engage in any water sports activities at the beach during the monsoons from June to September because even though the sea may seem calm, a sudden large wave can sneak up on you and pull you into deep waters without warnings.
If under the influence of alcohol, make sure you do not venture into the water.
Always read and obey the safety signs found at the beach’s main entrance.