Double engine govt of BJP is bringing the positive change in the state: CM 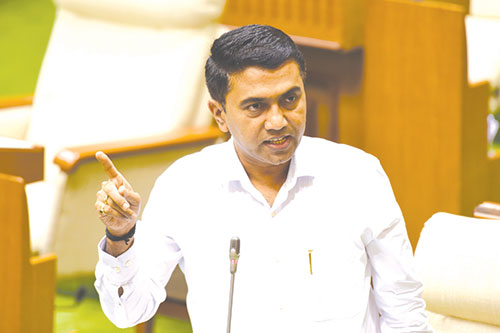 PANAJI: Chief Minister Dr Pramod Sawant said that the double engine government of BJP
is bringing the positive change in the state and will transform the state in every sector in the future.

“The Double Engine Govt of BJP is bringing the positive change in the state and will transform the state in every sector in the future,” said CM Sawant

“I don’t think BJP will need the support of any party or MLA. We will form the government on our own. People are ready to bring a double engine government in Goa. Under the leadership of Prime Minister Narendra Modi.” he said

CM Sawant also said that BJP government has taken Goa to a level of development that it had not seen in the last five decades.