DRAG writes to PM, Guv over non-receipt of DSS Benefits for 1.40 lakh people for last 4 months 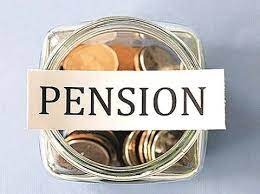 PANAJI: Disability Rights Association of Goa (DRAG) has written to Prime Minister Narendra Modi, Governor of Goa P.S. Sreedharan Pillai and Chief Minister Pramod Sawant over the non-receipt of Dayanand Social Security Benefits for 1.40 lakh people for the last 4 months.
“Govt has not released the social security benefits under the Dayanand Social Security Scheme for 1.40 lakh people in Goa for the last 4 months. As the payment under the scheme has not been received for the last 4 months, many people are facing a hard time for their sustenance and support of their family members due to the high cost of living in Goa,” said DRAG President Avelino de Sa.
He further said that they met the State Commissioner for Persons with Disability and the Minister for Social Welfare Govt. of Goa on the matter last week to no avail.
“Looking at the gravity of the situation, we are appealing to you to direct the Government of Goa to release the pending payments under the Dayanand Social Security Scheme immediately before people below the poverty line in Goa start dying of starvation or suicide due to lack of means of sustenance,” the letter to PM, Governor reads.
Meanwhile, DRAG has also brought to the notice that the Government of Goa in Suo Motu Public Interest Litigation No. 1 of 2021 in the High Court of Bombay at Goa had given an undertaking to the court that the payments under the Dayanand Society Security Scheme would be paid regularly.
“As they have failed to implement the same, they are in contempt of court,” de Sa said.