* Godinho says he will try to amend the motor vehicle act to make it mandatory to have E stickers for elders; he also says they plan to have new series of registration numbers for vintage cars 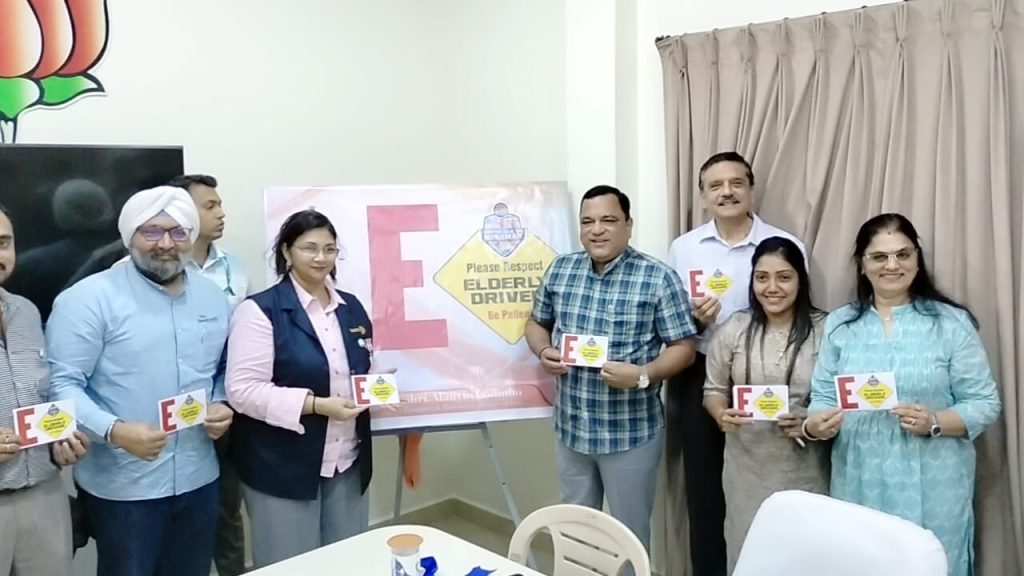 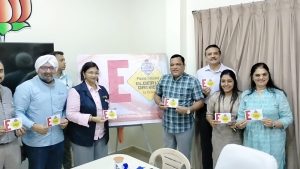 Goemkarponn desk
PANAJI: Rotary Club of Miramar, in association with the Transport department on Tuesday afternoon, launched an E sticker for vehicles driven by elderly drivers at the hands of Minister Mauvin Godinho
Speaking to the media later, Godinho said they would try to amend the motor vehicle act to make it mandatory to have an E sticker for elders. That plans were also afoot to have new series of registration numbers for vintage cars.
“I want to offer hearty congratulations to the Rotary Club of Miramar for having this project which is a fantastic program. We have this E sticker for vehicles driven by elderly drivers which is to offer respect to the older adults on the roads,” he said.
He says it is just like how we have an L sticker for learners learning to drive, and the L sticker shows that we must not go too close to him or block him.
“Similarly, the E sticker will be for elderly persons driving on the road, and I want to make this mandatory and see how we can get this officially inside the act so that when this E is seen, the drivers will be respected by others since it will imply that an elderly person is driving the vehicle and people will not honk and try to make him speed up etc.,” said Godinho.
“This will create a new awareness on the road for the sake of elderly people who deserve respect for their wisdom and experience and their contribution to society. It’s time we recognise them even they are driving on the roads,” said Godinho.
“We have had one of the best vintage cars programs on 19th December for the second time in a row, and we will make it better every year. We had as many as 51 vintage classic cars, and we may have around 100 cars coming from all over the country this year. We don’t have a separate registration number for Vintage cars, which I will introduce so that people know immediately that it is a vintage car. These cars will have a different series altogether, which will help them preserve and maintain their cars and get them on the road whenever during programs. We are a tourism state, and we need to promote such programs like vintage and classic cars program, and this is why we had the vintage car rally, and it will get better and better every passing year,” said Godinho.