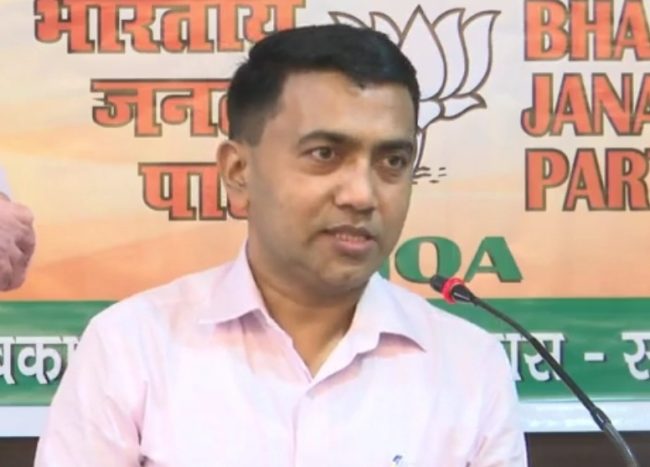 PANJIM: Chief Minister Dr Pramod Sawant today said that opposition parties and social activisists tried to damage BJP’s image in public by racking up various issues like coal, double tracking, which flattened away with the result of ZP.

Addressing the media, CM Sawant said that they were confident of winning the ZP polls.

“some social activists, NGO’s, and political parties tries to do campaign against govt on coal,thermar projects, IIT and others projects but their agendas failed to work,” said CM

He further said that people of Goa have shown faith in BJP leadershipin Goa.

“Under atmanirbhar Bharat swayampurna Goa we are committed to develop Rural areas. Now it was our test after Lok Sabha elections,” he added

Meanwhile, Vishwajit Rane said that governemnt should immediatly go ahead with IIT project as onlt two villagers have been opposing it,

“IIT will boost Sattari in many ways,” he added

Dy CM Babu Kavlekar said that people of Goa have accepted us in the party.