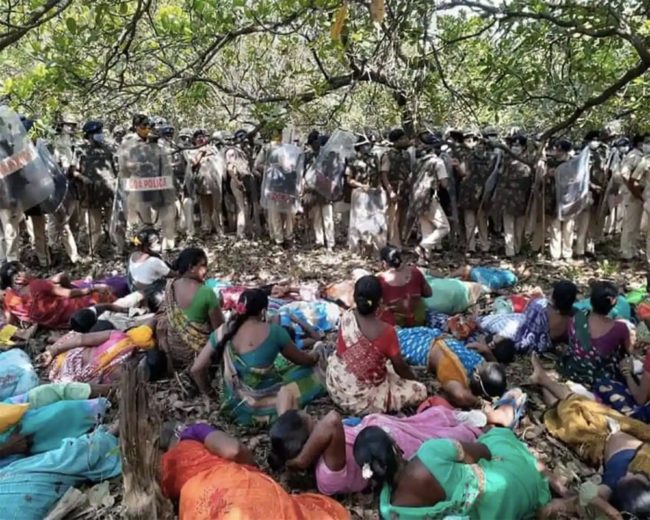 Goemkarponn desk
PANAJI: A week after the Police brutalities on Pissurlem farmers, the farmer’s group under the banner of Concerned Citizens of Goa met the DGP on Monday and submitted a memorandum and demanded strict action on police officers for unleashing violence on the innocent farmers.
In the memorandum, the farmers wrote about the increasing misuse of their powers by police officers, who are seen protecting illegal acts, using force against those defending the law and the land, and even taking the law in their own hands.
The farmers said the socio-economic and environmental fabric of the State and country are threatened by corporate greed and defended by ordinary citizens.
“The destruction of forests, agricultural lands, water bodies and the environment for real estate, mining or infrastructure for corporate profits are crimes against our future generations, deserving the highest punishment. In this struggle to defend the rights of our future generations from our own greed, it is seen that the police force inevitably sides with the profit and not the citizens, the Nation or the future generations,” the CCG said.
Further, they added that there has been a spate of illegal activities in the recent past, being blindly protected by the police and violent police action against those defending the lands or even questioning the destruction in the recent past.
“On 16th March 2022, the Sarpanch and other residents of Mayem village in Bicholim taluka were pointing out blatant illegalities in the ore transportation leading to unregulated dust pollution and severe water scarcity problems faced by the villagers were arrested for questioning the illegal ore transportation. The photographs clearly show the violation of the circulars and orders issued in the past for prevention of dust
pollution while transporting ore, yet the police officials did not implement the laws or wait for officials from the Mines Department, but instead ordered the continuation of the illegal ore transportation and arrested those insisting on the Rule of Law,” they said. 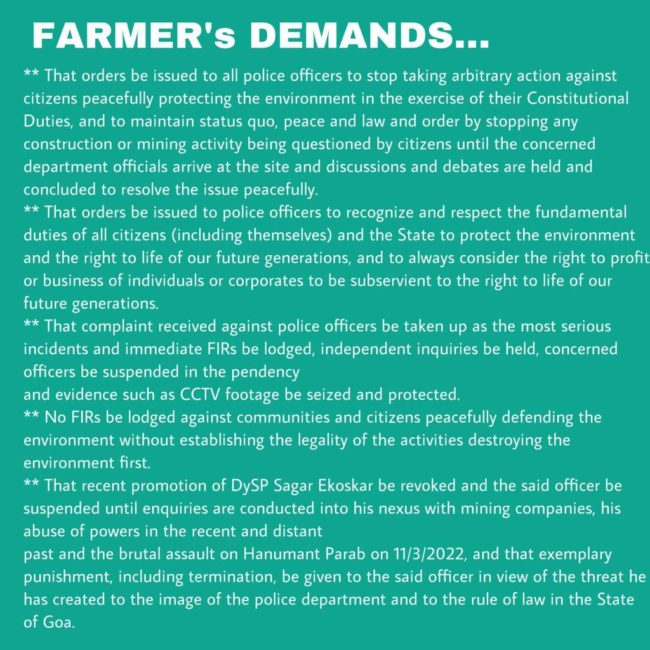