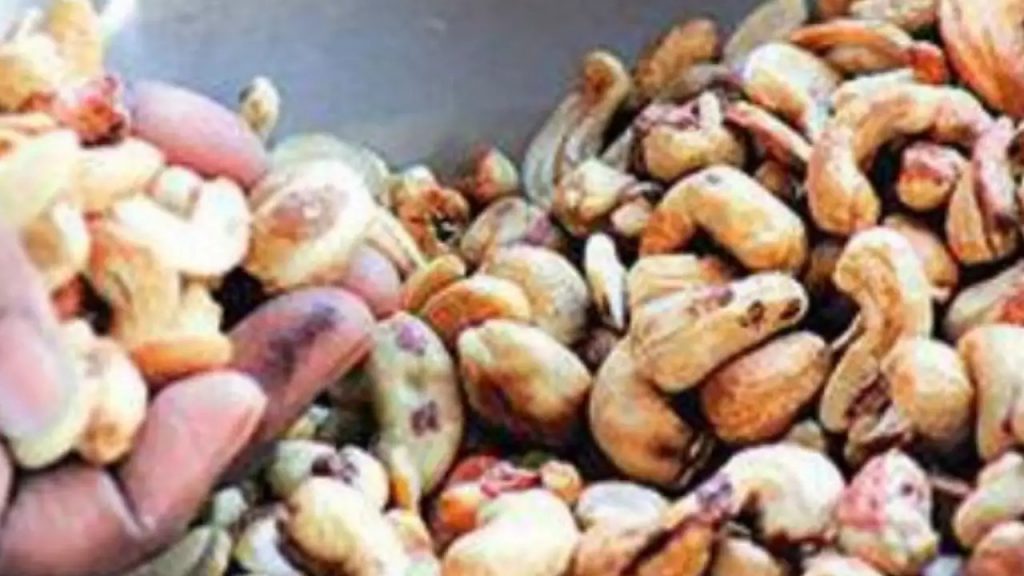 Goemkarponn desk
PANAJI: Directorate of Food and Drugs Administration has informed that the District Collector, North Goa and South Goa, in the capacity of Adjudicating Officer under the Food Safety and Standards Act, have disposed off one case each in which the manufacturer and the seller have been imposed with penalties for manufacturing and selling sub-standard cashew nuts.
Both the manufacturers have been fined Rs. 10,000/- each, and the seller in South Goa have been fined collectively Rs. 10,000/-.
Adjudicating case in North Goa was filed by Food Safety Officer Atul Dessai had drawn a sample from a shop at Calangute Bardez Goa. The Sample of Cashewnuts was found to fail in free fatty acid, superficial damage, Speckled or spotted black or brown kernels, insect damage, and also the presence of off-flavour and taste.
The second sample of Cashewnuts was drawn by Food Safety Officer Zenia Rosario from a supermarket of Margao, a manufacturer situated at Sattari-Goa.
The said sample was declared as sub-standard as the damaged/discoloured units were more than the maximum permissible limit as provided in the Regulations.
The above samples of Cashewnuts were drawn as a part of a regular surveillance procedure; and also based on the complaint received regarding the quality of cashew nuts.
The drive against sub-standard cashew nuts will continue, as informed by the Department of Information and Publicity.