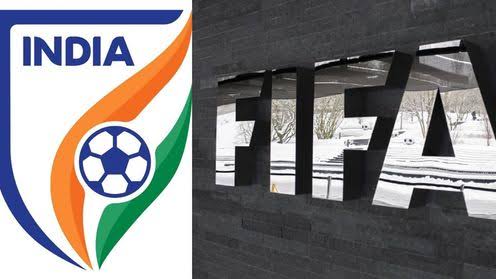 PANAJI: The Bureau of the FIFA Council has decided to lift the suspension that was imposed on the All

terminated and that the AlFF administration had regained full control of the AIFF’s daily affairs.

FIFA and the AFC will continue to monitor the situation and will support the AIFF in organising it’s elections in a timely manner.

This progress comes a few days after Supreme Court of India had disbanded the Committee of Administrators (CoA) and had urged the AIFF to revise their constitution in accordance with FIFA.

FIFA had suspended the AIFF, for the first time in its 85-year history, for “undue influence from third parties” and said the U-17 Women’s World Cup “cannot currently be held in India as planned”.

It should be noted that up until this week, the SC-appointed Committee of Administrators (CoA) served as AIFF’s executive committee and managed the organization’s daily operations. After elections were not held for the previous two seasons, the CoA assumed control of the AIFF for the first time ever.

The CoA  dismissed by the Supreme Court

The Supreme Court disbanded the Committee of Administrators (CoA), which was in violation of FIFA rules and regulations, on Monday, August 22, days after AIFF was suspended by FIFA, leading to India’s right to host the U-17 World Cup being stripped off and Indian teams to be barred from competing in international events.

AIFF had written to FIFA after Supreme Court’s order

Following the Supreme Court’s decision to dissolve the Committee of Administrators (CoA) the AIFF wrote to FIFA requesting them to withdraw the ban placed on it because the requirements for its lifting, as stipulated by the sport’s international governing body, had been met.

Sunando Dhar, the interim general secretary of the AIFF, wrote to FIFA secretary general Fatma Samoura to ask her to reconsider FIFA’s decision to suspend the AIFF.

“It is with immense pleasure that we inform you that the Hon’ble Supreme Court of India took up our matter and passed an order dated 22.05.2022 regarding the full repeal of the CoA mandate and consequently the AIFF having full charge of the AIFF’s daily affairs,” Dhar wrote in the letter. “In view of the above, we request the FIFA and especially the Bureau to reconsider their decision of suspending the AlFF.”