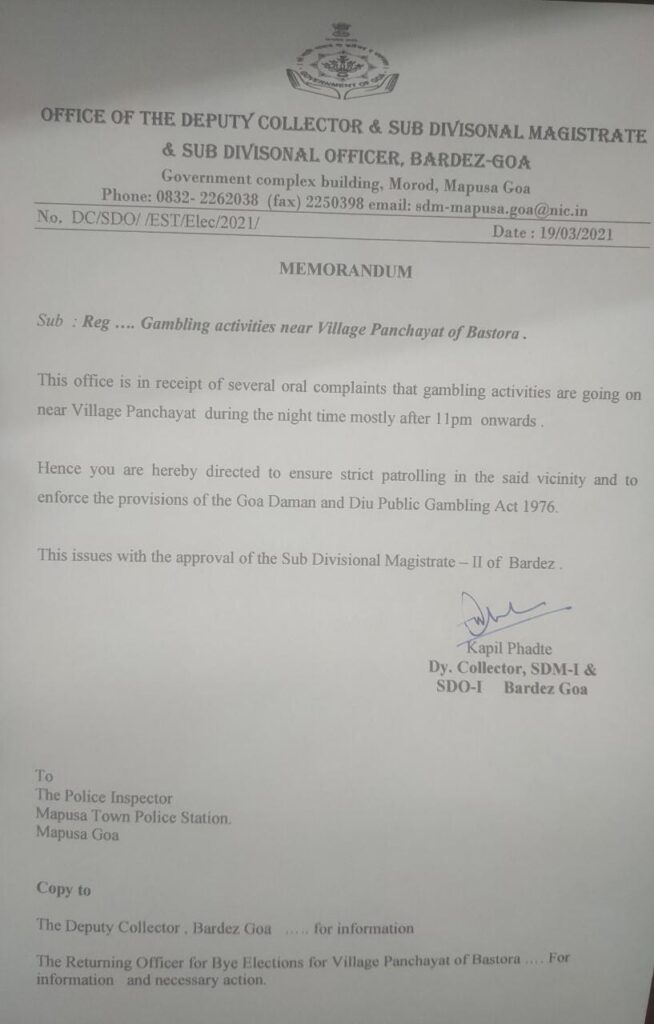 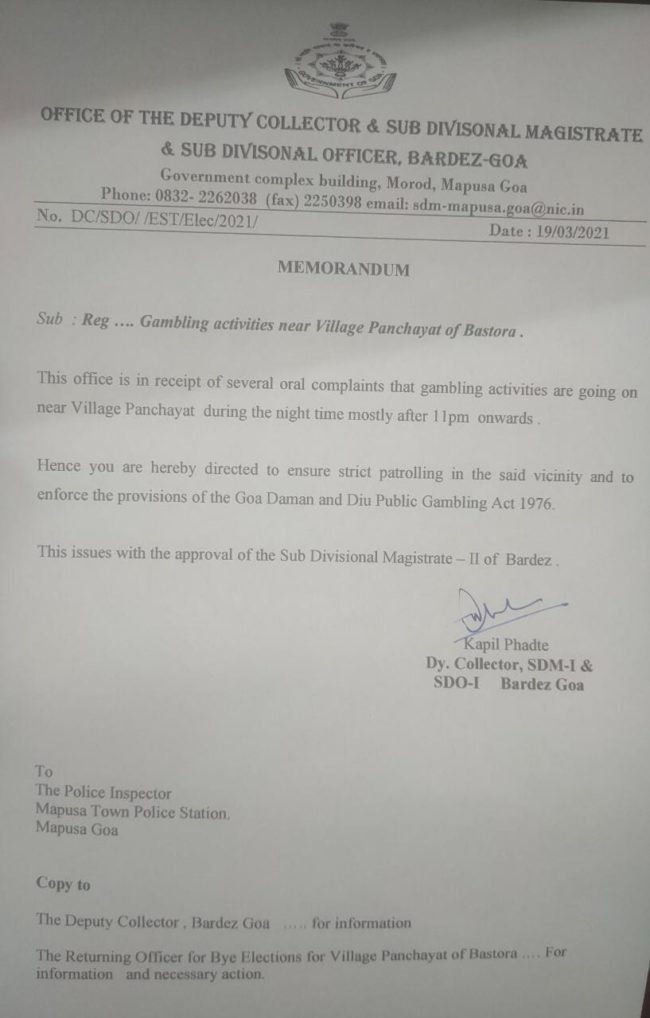 “The office is in receipt of several oral complaints that gambling activities are going on near village panchayat, Bastora during the night time mostly after 11 pm onwards,” the Dy Collector’s letter to Mapusa Police Inspector read.

It further added, “hence your are hereby directed to ensure strict patrolling in the said vicinity and to enforce the provisions of the Goa Daman and Diu Gambling Act 1976.”

Earlier, Goemkarponn team following complaints of villagers went to the site in the fields near Bastora bandh and shot a video and called upon the Dy Collector.

During that time the team witnessed several people gambling and as per villagers this happens daily.

“The police come for a round take their hafta and go away without stopping the activities,” a villagers said adding they have made several complaints to the police and MLA but there has been no response or action.

Even on Friday night, Goemkarponn team witnessed and saw that the police team came and just left without questioning.

It is learnt that upon complaint to Dy Collector and his directions to PI, the police informers told the gamblers that action would be initiated and as such they packed up everything and left the place.

When police team reached there only a few people were standing. After the police left the gamblers started chasing this media team for complaints.

Dy Colector Kapil Phadte told Goemkarponn that action would be initiated against such acts in future.

“Even when code of conduct is in force such large assembly of people cannot be allowed late night,” he said.