FTII Offers Free Courses for Persons with Disabilities at IFFI 53 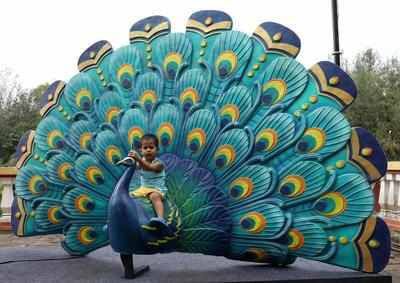 Goemkarponn desk
PANAJI: Film and Television Institute of India (FTII), Pune, under its Centre for Open Learning (CFOL) initiative, National Film Development Corporation (NFDC) and Entertainment Society of Goa (ESG) have announced two free courses for persons with disabilities as part of the 53rd edition of International Film Festival of India scheduled to be held from November 20 to 28 in Goa. A basic course in smartphone film making for people with Autism and a basic course in screen acting for people in wheelchairs are what is on offer at IFFI 53
With an objective to ensure that the process of creating art becomes accessible to all, FTII has been conducting a variety of courses to empower persons with disabilities to participate and excel in the magic of cinema. The courses at IFFI 53 are 8 days long and would run from November 21-November 28. While one course aims to mould participants into modern day auteurs, the other seeks to unleash their inner actors
The basic course in smartphone film making for individuals with autism will be taught by Ajmal Jami, a reputed professional in the field of visual communication. He has garnered multiple awards in a range of fields, spanning from reporting from war zones and conflict areas to documentaries, promotional films, soft features and shows. As Cinematographer, Filmmaker and Photographer, he has worked on prestigious projects for organisations of national and international repute
The course will feature multiple modules starting from introduction to the language of cinema to shooting and editing on smartphones. The module will have also have a screening and review session at the end. For details and registration, follow this link to the official FTII website:https://www.ftii.ac.in/p/vtwa/basic-course-in-smartphone-film-making-21st-28th-november-2022-for-individuals-suffering-from-autism-in-goa
The basic course in screen acting for individuals in wheelchairs will be taught by Jijoy P. R. He is in-charge Dean (Film) and Associate Professor, Acting at Film and Television Institute of India, Pune. A theatre artist, film actor, trainer and producer Jijoy has performed in 55 Films, and nearly 400 International Theatre shows across 4 continents.
The acting course has 6 modules, beginning with an introduction to natyashastra. The course also lays special emphasis on the hasya rasa or comedy. Movement, acting games and sense awareness games focusing on breaking down inhibitions are other highlights of the course. For details and registration, visit : https://www.ftii.ac.in/p/vtwa/basic-course-in-screen-acting-21st-to-28th-november-2022-for-individuals-on-wheelchair-in-goa
Both courses are being conducted at the Art Gallery, at Maquinez Palace in Goa