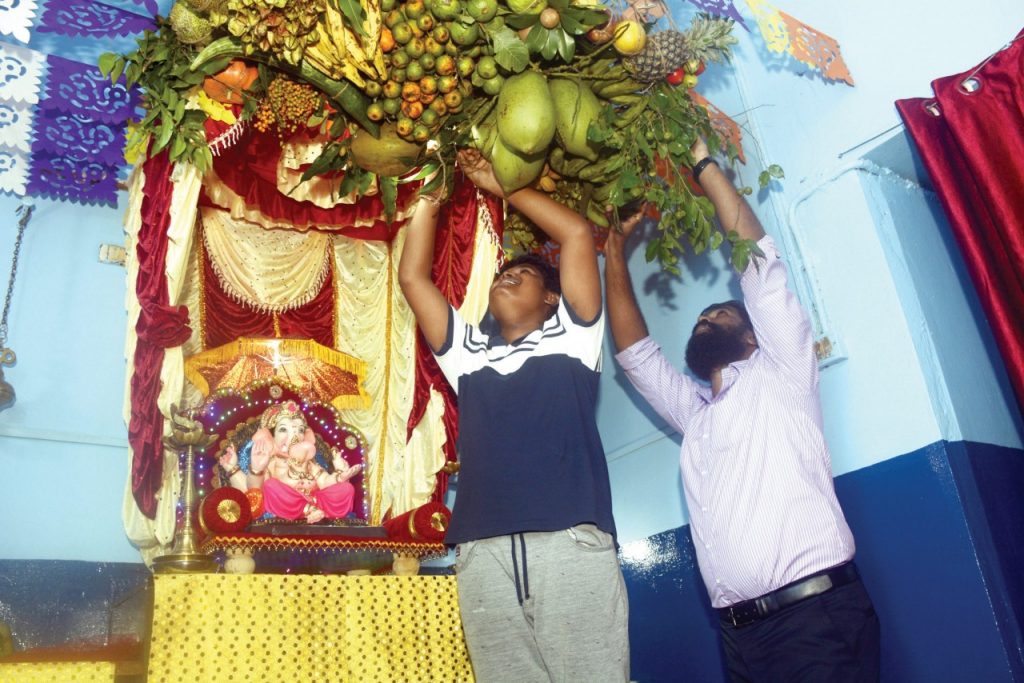 PANAJI: Ganesh Chaturthi, the biggest Hindu festival in Goa, is a ten-day celebration to honour Lord Ganesha (the elephant-headed deity).
Ganesh Chaturthi is the biggest festival of Goa, and it is celebrated lavishly. Families travel across the country and sometimes the globe to be together at this time of year.
The preparations for this festival begin months in advance. The festival begins at home with the purchase and ceremonial installation of a clay murti (statue).
Families decorate a room by putting a matoli (a wooden canopy) adorned with flowers, seasonal vegetables and fruits before God is brought home and placed on an altar.
The room is brightly lit with fairy lights adding to the cheerful hues of the decorations. Domestic celebrations end with the immersion of the idol after 1½, 5, 7, 9 or 11 days. The height of the idol ranges from ¾ inch right up to 70 feet (for large community celebrations).
The ladies of the house prepare modaks (a sweet resembling a dumpling but stuffed with a mixture of coconut and jaggery (molasses)), nevri (also made with coconut), barfi, besan (gram flour) ladoos, and a few traditional savoury dishes. Family and friends gather around to enjoy a meal together that is served on banana leaves (not all houses serve meals like this).The birth of Lord Ganesha
Children Celebrating Ganesh Chaturthi People residing in cities go to their ancestral homes to celebrate this wonderful festival with their relatives and friends. They do pujas and sing artis (devotional hymns) together accompanied with Gumot (percussions made from clay with the monitor lizard skin on both sides. This was changed after the monitor lizard was declared as an endangered species. Rexene has become a substitute for the skin of the monitor lizard.) and taal (cymbals). Some family members get together and make a rangoli (decorative patterns made from coloured dry rice, flour, or flower petals) at the entrance of the house or in the courtyard. Hindu families invite their friends to join in their family celebrations. Children and adults enjoy an array of fireworks.
The significance of Ganesh Chaturthi
Ganesh Chaturthi is the celebration of the birth of Lord Ganesha. The festival is also known as Vinayaka Chaturthi and Ganeshotsav. According to the Hindu calendar, it is celebrated on the fourth day of the bright half of Bhadrapad (corresponds with the months of August/ September according to the Gregorian calendar). Ganesh Chaturthi in Goa predates the Kadamba era. During the time of the Inquisition when the Portuguese were ruling, they had banned all Hindu festivals. The Goan Hindus celebrated the festival anyway in the privacy of their homes. The God is always depicted with a plate of modaks by his feet, a lotus in his hand, and his mode of transport, a rat, by his side.