Gaurs, the menace for farmers is for real.. 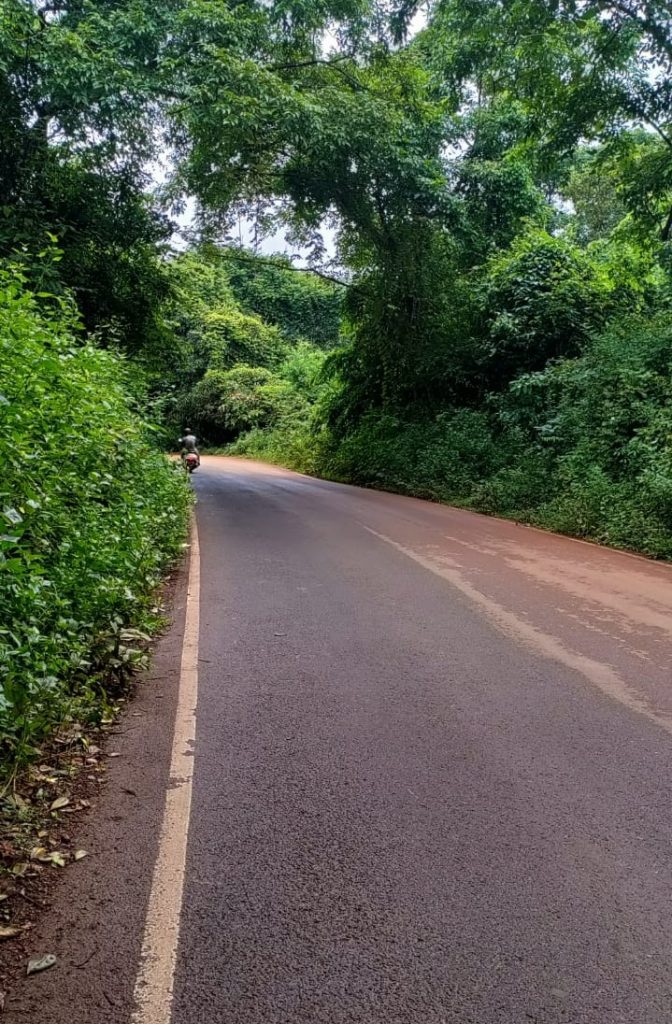 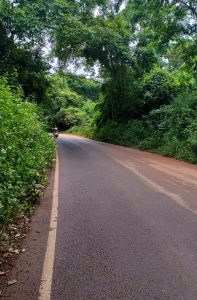 Goemkarponn desk
CANACONA: A herd of bisons were sighted while crossing the road twice in Agonda since last month.
The bison was sighted twice at the same place (while crossing the road) within a fortnight’s gap at an isolated place in Keri Agonda.
The sightings of the Gaurs herd consisting of 8 bison assume significance as, according to farmers, these canines are known to damage the paddy and other crops more than other wild animals are known to create havoc, especially as the paddy fields are already in the advanced flowering stage and soon going into ripening stage.
According to motorists driving to Agonda from Canacona, a herd of around 7-8 Gaurs were noticed at just about dusk time (7.45 pm), while on another occasion, a two-wheeler rider had to stop suddenly on noticing the herd of bison coming from one-side of the road and going to the other side.
Incidentally, both the sightings were early in the night, as one of the motorists travelling with his family in the Car informed he at first thought them to be buffalo on the road and slowed down.
“Soon, we saw many of them were coming down the hillock from the western side of the road at Keri, crossing the road and rushing through the bushes to the eastern side of the hillock (very close to the Leopard Valley) at Keri. We literarily counted 7-8 of them; some were just young Gaurs following their elders,” he said.
Unconfirmed sources also claim to have sighted the bison’s herd frequenting neighbouring Gulem (Shrishthal village) forests.
Interestingly, the same road where many wild animals are known to cross road had a few more mishaps reported in the past, including an elderly woman travelling as a pillion rider on a scooter who fell down after a fully grown wild-boar came from nowhere and collided with the running scooter.
The rider could balance himself as he was riding at a slow pace, but the pillion rider(woman) fell down on the road. 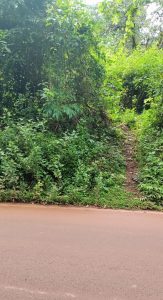 A few farmers engaged in paddy fields and hill cultivation in the Keri region also reported some damages to their crops, particularly the seasonal (fruits and vegetables grown on hillock) growths and paddy fields, where the paddy is still in its reproductive (flowering) stage in Canacona.
It may be known that wild boars are the habitual nuisance creators damaging the paddy crops at their ripening stage. Many people trying to fear the wild boars away take different measures. Last year a dog was killed after a country made-bomb reportedly kept to trap Wild-boars exploded at Gulem.
“More than wild-boars who at times damages the crops at the limited area, Gaurs are known to create more damages to the fields if they enter the paddy fields in herds damaging and destroying large cultivation.
Farmers fear that the bison herd is still roaming in and around the forests of Agonda and Shrishthal villages, and they could possibly attack or enter the paddy fields, which are in the transitional stage of ripening in most of Canacona taluka.
Incidentally, for the motorists using Agonda-Gukem, or Agonda – Canacona road, the sightings of wild animals like deers/Antelopes, Foxes, Rabbits, Wild-boars, and even peacocks, Leopards and single bison are nothing new in the forest areas from Agonda to Gulem, but a herd of bison are being first-time encountered by motorists in the area.