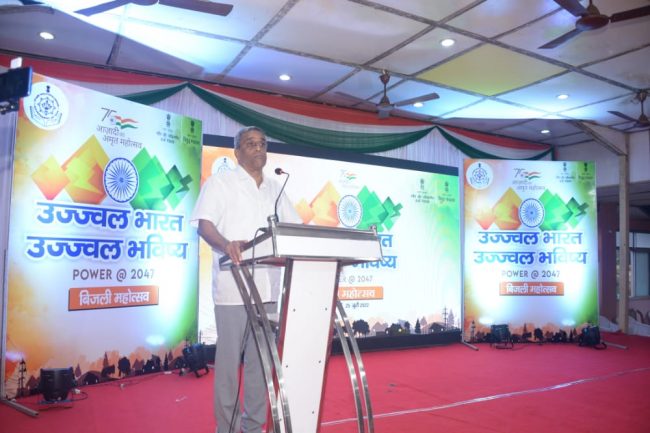 “Generation of pollution-free green electricity is now the government’s goal. He said that the country is developing rapidly under the leadership of Prime Minister Narendra Modi,” said Dhavalikar

He further said that Goa aims to generate 150 MW of solar power and that the government is considering underground power lines.

He appealed to the farmers to take advantage of the solar pump scheme.

Shailesh Bhure, Superintending Engineer informed that Goa is second in the country in digital billing transactions.

The ‘Ujwal Bharat Ujjwal Bhavishi – Power @2047’ festival is being celebrated across the country during the week of July 25-30 for greater public participation and awareness of the working of the power sector.

Amrit Mahotsav of Independence is being celebrated all over the country. As a part of this, Ministry of Energy organized the festival ‘Ujjwal Bharat-Ujjwal Bhavishi’. The program at Pernem included a review of the journey of the Ministry of Power so far, cultural programs based on the concept of energy and street plays. ‘Who is responsible?’, highlighting the importance of electricity saving. This drama was presented in the program. Also the traditional ‘Diwali Dance’ of Goa was performed.