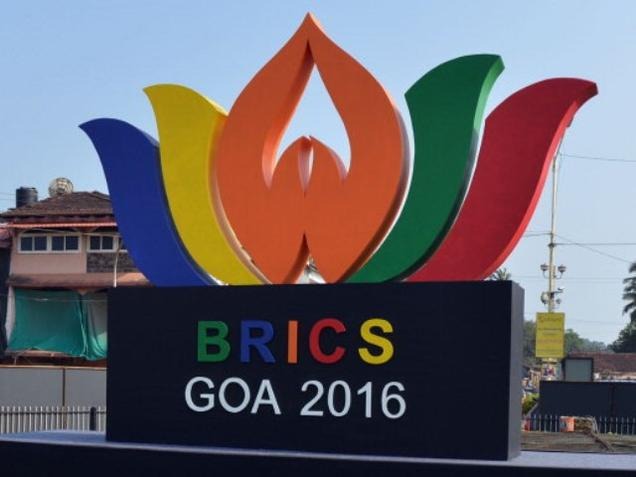 Goemkarponn desk
PANAJI: The Goa Human Rights Commission (GHRC), headed by retired Justice U.V.Bakre and comprising of former District Judges Desmond D’Costa and Pramod Kamat, has directed Pradosh Amoncar of Bicholim-based Amoncar Classic Caterers who had catered for police personnel during the 2016 BRICS Summit to produce the receipts of the nine functions of dignitaries he had catered to. The direction came during the cross-examination of Pradosh Amoncar by Adv. Aires Rodrigues, who is the complainant in the matter.
In cross-examination, Mr. Amoncar admitted that in his petition filed before the High Court in 2020, he had claimed that he had catered for nine Goa dignitaries, which included 5000 guests at the wedding reception of Rajendra Arlekar’s daughter, 5000 guests for Laxmikant Parsekar’s 60th Birthday, 6000 guests for the wedding reception of Manohar Parrikar’s son, 5000 guests at the wedding reception of Manohar Azgaonkar’s daughter, 5000 guests for Mahila Mandal meeting organised by Milind Naik, 5000 guests at Dilip Parulekar’s Birthday, 2000 guests for the Birthday of Dayanand Mandrekar, 3000 guests at Kiran Kandolkar’s Birthday and 2000 guests at Anant Shet’s birthday celebration. The cross-examination of Pradosh Amoncar will now continue on 10th November. GHRC last year had directed the caterer Pradosh Amoncar to file his Affidavit in evidence and face cross-examination by Adv. Aires Rodrigues.
A Division Bench of the Bombay High Court at Goa comprising of Justice Mahesh Sonak and Justice Nutan Sardessai, on 18th February 2020, directed the GHRC to rehear the 2016 BRICS Summit food scam case by giving a hearing to the Caterer Pradosh Amoncar, who had moved the Court stating that he was not heard by the GHRC.
The GHRC, on 30th April 2019, in its final order on the complaint filed by Adv. Aires Rodrigues, while directing the Director General of Police to impose an appropriate penalty on Amoncar Classic Caterers, had pointed out that Article 21 of the Constitution of India provides that every individual has a right to life which includes the right to live with decency and human dignity and that on account of unhygienic food supplied to the police personnel during the 2016 BRICS Summit there was a clear infringement of Article 21 thus violating the basic Human rights of the police personnel to live with decency and human dignity.