‘Give one chance to AAP’,Arvind Kejriwal’s Door to Door campaign warms the hearts of Goenkars 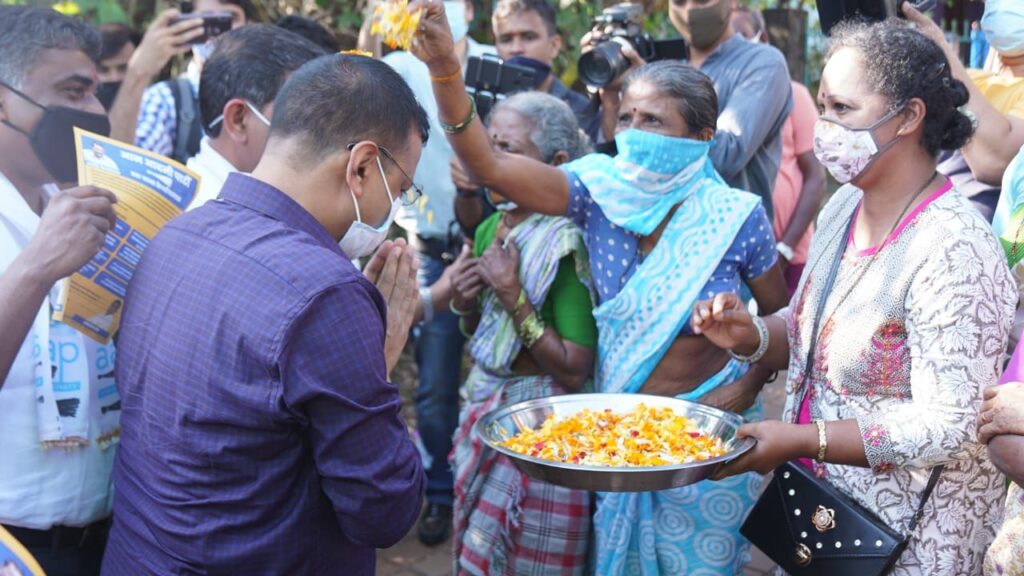 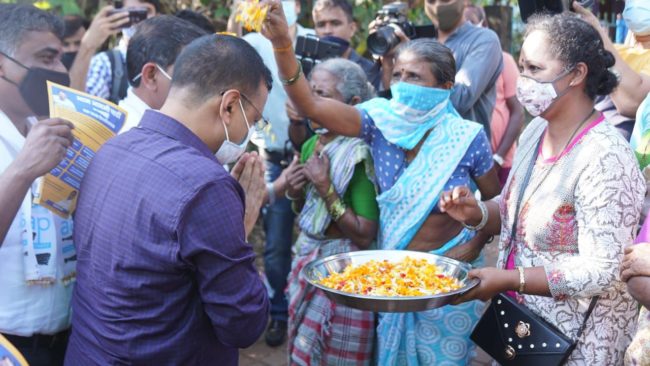 With the assembly elections scheduled on February 14, Aam Aadmi Party national convener and Delhi chief minister Arvind Kejriwal along with the party’s leaders held a door-to-door campaign at St. Andre and Siroda and received an overwhelming response from the people of both the constituencies.

Lashing out at both the Congress and the BJP, Kejriwal said they had worked only for their vested interests. He said, “The youth in Goa are facing the highest unemployment rate. Government jobs are available only to people with money and connections. Thus, all the people from the constituency this time want to give AAP a chance. They are tired of the old parties who switch the parties for crores of rupees”.

Kejriwal reiterated AAP’s promise of providing honest governance to the people of Goa if the party comes to power. When asked about the AAP’s electoral prospects when many national political parties are in the fray, Kejriwal said the voters have faith in AAP.

“The voters feel that the AAP government will resolve their issues. All the guarantees announced by us, including providing free and interrupted electricity supply, unemployment allowance, reservation in employment for locals, ₹1000 per month to every female over 18 years of age and Griha Aadhar allowance of ₹2500 per month will be fulfilled,” he added.

The youth in St. Andre have expressed their appreciation for the AAP’s youth-centric policies and for the developmental work the party has done in Delhi. They are looking forward to the employment guarantee of the AAP. They believe St. Andre needs a change and hope it can be brought about through the AAP.

The residents of Siroda expressed their support for AAP and the Kejriwal model. Residents shared how the BJP Govt has failed them and common Goenkars. The common complaint was that schemes announced and promoted by the BJP-led government were not reaching those who need them. This coupled with high unemployment is causing concern amongst Goenkars.

There is also a lot of anger amongst the Bahujan Samaj as the youth are not getting jobs. Every time BJP leaders come to Bahujan youth and ply them with fake promises of jobs that never materialise. After years of betrayal, Goenkars have realised that only AAP can provide them with the future they deserve.