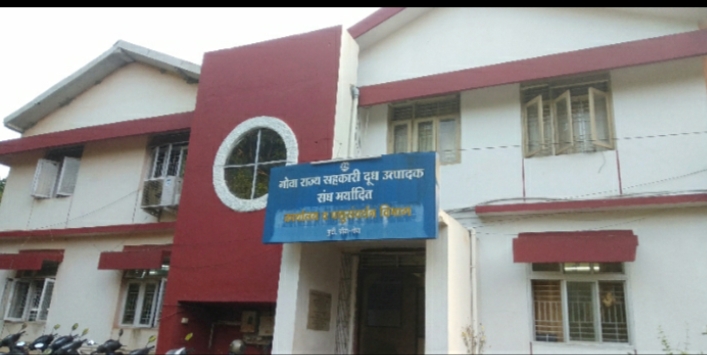 Goemkarponn desk
PONDA: The Special General Body Meeting of Goa Dairy was held on Sunday, wherein the farmers expressed concern over the loss making Goa Dairy.
Speaking to the media, Chairman of Goa Dairy Rajesh Faldesai said Goa Dairy’s financial condition has become delicate during the Administrator’s tenure.
“Dairy is going through a financial crisis,” he said.
He said for the past three and half years Government appointed an Administrator on Goa Dairy to look after its affairs.
However, Goa Dairy suffered a loss of Rs 14 Crore during his tenure.
He urged Government to provide financial help to Goa Dairy for the survival of Goa Dairy and its Farmers.
Further, he said, the Milk sale and cattle feed sales drastically reduced during the Administrator’s tenure, due to which Goa Dairy went into losses, and farmers are now in distress.
“To bring the Goa Dairy back on track, We need to increase our sales to 70,000 litres per day so that farmers will survive, and for this, we need 5 to 6 months,” the chairman said.
He said today a special meeting was called to take a decision on appointing auditors for statutory and internal audits and also to inform about the financial condition of Goa Dairy.
Faldesai further said when Board was in power, the Goa Dairy Milk sale of Goa Dairy was 70,000 litres per day.
“When Administrator took over, the sales went down drastically to just 40,000 litres per day. Under my Chairmanship, Goa Dairy managed to increase milk sales to 48000 per litre daily, which means an increase of 8000 litres per day,” he said.
He said he is trying to increase it by 60 to 70 thousand litres per day by September.
“My aim is to bring Goa Dairy back to the path of profit. I will see that Goa Dairy does not see any further losses,” he said.
He said Government should provide Goa Dairy with financial support.
He said Goa Dairy has decided to conduct an audit of Goa Dairy for previous financial years starting from 2019-20 through AGM-appointed Auditors, which is already begun. The AGM had objected in the past to accepting the audit report of auditors appointed by Administrators.
The audit for the year 2020-21 is progressing. The audit for the years 2021-22 will be completed by September end and will be produced before AGM.
He said that Sumul is presently competing with Goa Dairy and giving good rates, but if Goa Dairy’s condition worsens, then Sumul will definitely reduce rates for farmers. We do not want this situation.
One farmer Ramesh Naik speaking to the media said Government is responsible for the losses of Goa Dairy as all these losses were suffered during the administrator tenure appointed by the Government.
He demanded govt should provide Rs 5 crore in financial help to Goa Dairy for its survival.
It may be recalled that RCS had disqualified Goa Dairy’s seven directors for mismanagement complaints in the procurement of raw materials and machinery. Following this, 12-Member Goa Dairy Board came into the minority, so RCS appointed an Administrator on Goa Dairy for almost three and half years.
Recently election for a new Board was held, and the farmer-elected Board is now running Goa Dairy affairs under the Chairmanship of Rajesh Faldesai.