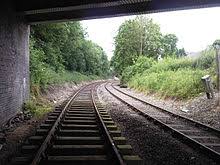 Panaji: Amidst growing opposition to double tracking, the South Western Railway (SWR) has again attempt to show the “employment”, “development” carrot to Goans to break the ice.

The SWR has reiterated that the project doubling project will facilitate local employment.

The SWR also said that the project will be a huge boodt for Goa’s tourism sector.

“Besides providing a long-term efficient solution for growth of MPT and handling of its cargo, it will also allow more number of passenger trains, better intrastate connectivity, boost to trade and commerce among adjoining States, increased tourist inflow, augmenting infrastructure at intermediate stations leading exponential increase in new job creation directly and indirectly,” the SWR says.

SWR added that the new infrastructure projects are expected to generate the largest new job opportunities in the State within next two years.

“It will also create the possibility of income growth for the community through direct and indirect employment opportunities,” the official added.