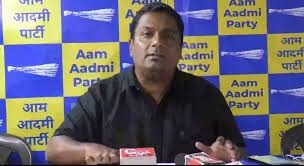 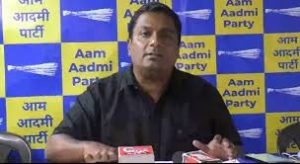 Goemkarponn desk
PORVORIM: Aam Aadmi Party (AAP) MLA Capt Venzy Viegas today alleged that BJP Goa is hand in gloves with the centre to bring their Government to Karnataka.
“BJP Goa is hand in gloves with Centre to bring their Government in Karnataka. Today they said DPR is approved, and later in 2024, they will say they lost the case in Supreme Court,” said Capt Viegas.
He further Save Mhadei is a people’s movement, and it is the people of Goa who are leading this fight against the Government that has betrayed them.
“We have decided that our MLAs or party president will not speak at the public meeting today,” he added.
Venzy said he would continue raising the people’s voices in the Assembly.
“It’s BJP Govt Vs the People yet again. Goa CM is trying everything to suppress attendance at the public meeting today,” he claimed.
Venzy said instead, on the 56th anniversary of Opinion Poll day, the so-called 56″ double-engine sarkar should follow up on its rhetoric and get DPR approval withdrawn.