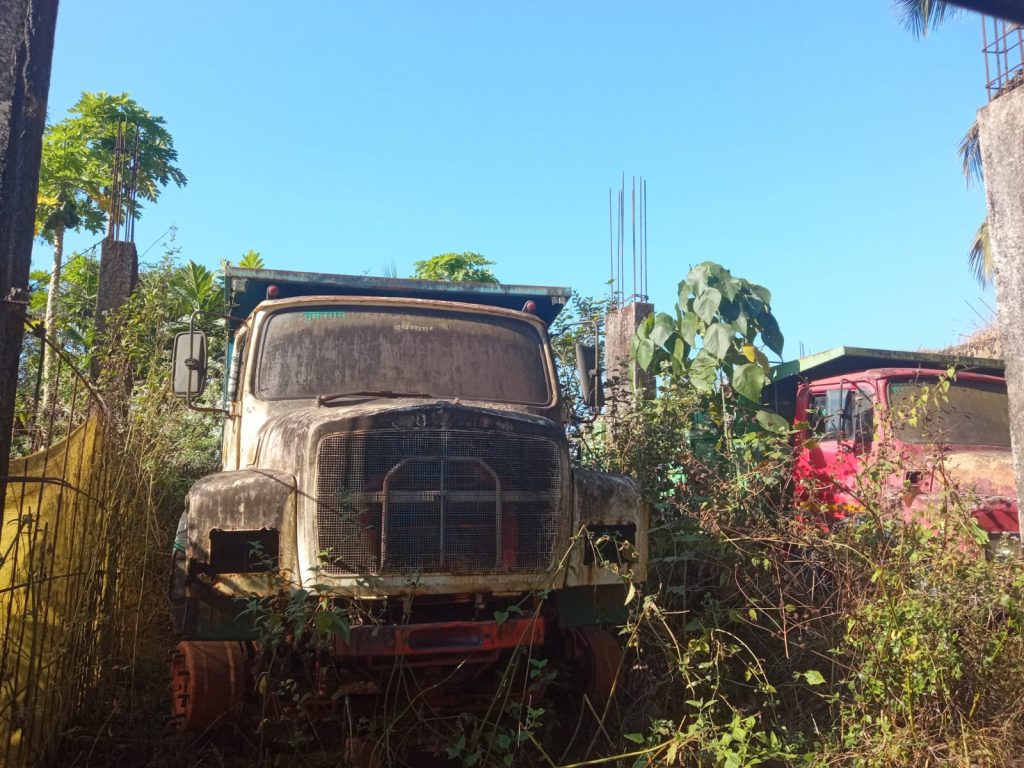 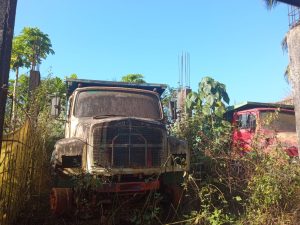 Goemkarponn desk
PANAJI: Iron ore mining industry-dependent truck owners have urged Chief Minister Pramod Sawant to waive off-road and other miscellaneous taxes during the mining closure period.
Stating that the belt of Bicholim suffered havoc due to the closure of mining, truck owner Dhiraj Naik from Navelim said, “Auctioning of mineral blocks have brought rays of hope in our lives”.
Stating that mining-affected people are hopeful about the early restart of mining, Dhiraj said that the decision to restart the State mining is appreciated and worth gratitude.
Adding further, Dhiraj said, “although the auctioning is done, the resumption of mining will take at least a year. Due to the financial crisis, it is impossible for us to do passing of our vehicles regularly. The government is imposing a penalty of Rs 50 per day for delay in vehicle passing. Doubling the amount of insurance to be paid is yet another issue adding up to the financial burden of truck owners”.
“I appeal the Goa government to waive off the road and other miscellaneous taxes along with penalty imposed on the delay caused in passing the vehicle,” said Dhiraj.
Speaking on the same line, Sanika Naik, a truck owner from Bicholim, said their trucks are lying idle, eating dust at the roadside. “News of mining being under the process of resumption brought hope among us. “I request mine, block owners, so they hope the mine owners will prioritize the old truck owners over recent ones for carrying of load”, said Sanika.
Zilla Panchayat, a member of Honda constituency Sagun Wadkar said the initiative of starting mining in Goa is welcoming. “E-auctioning of four mining blocks, three from Bicholim and one from Sanguem, has paved the way for the resumption of the State’s iron ore mining industry. We welcome the initiative and congratulate Chief Minister Pramod Sawant for kickstarting a new era of the mining sector in Goa”.
Wadkar said that restarting mining in the State will emerge as the beginning of States new era and help mining-affected people end their suffering.
It can be noted that the Directorate of Mines and Geology, through the Metal Scrap Trading Corporation, has completed the first phase of iron ore mining block e-auctioning of which Vedanta, through successful bidding, has acquired Bicholim mineral block, Salgaocar Shipping Company Pvt Limited emerged as the winner of Sirgao-Mayem block, whereas mines at Monte de Sirigao and Kaley iron ore mining block in Sanguem were respectively bagged by the NS Bandekar and Sociedade de Fomento Industrial Pvt Ltd.