IIT Delhi team to be in Goa soon for study and implementation, says Dhavalikar 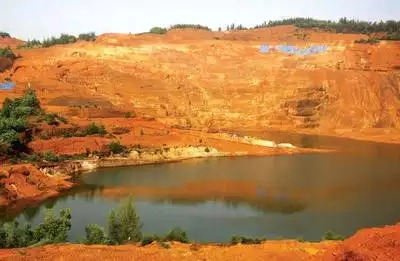 Goemkarponn desk
PONDA: Power Minister Sudin Dhavlikar announced that Goa would generate hydropower from the abandoned mining pits by providing new technology.
Dhavalikar said the vast quantity of water from these pits will be recycled up to the requirement and used for hydropower generation.
Similarly, for (renewable energy) solar panels will be installed in plain mining pits spread across 50 thousand square meters area, he said.
The minister said all these works are approved in Power Conference, and the IIT Delhi team will visit Goa for follow-ups on the issue. All these procedures need six months.
He was speaking at a function at Bethora after laying the foundations stone for underground cabling, costing Rs 4.75Crore i.e. work of conversion of an overhead network of 11 kv Torla Feeder and 11 ky Nirnakal feeder to 11 ky underground network in three panchayats namely Bethora, Nirankal, Shiroda and Panchawadi of the Shiroda Constituency.
WRD Minister Subash Shirodkar and Officials of the Electricity Department, along with Sarpanch of Bethora Umesh Gaude, were also present.
Dhavalikar said that in the past six months, he managed to increase the Power department’s revenue by 40 per cent, similarly managed to get financial assistance from Central Government to the tune of several crores, which will be utilized by underground cabling, new substations for the improvisation of power supply.
He said there is an urgent need for underground cabling in forests, agriculture and tourist area.
He said the power conductor rust due to its close proximity to the saline sea and Zuari and Mandovi river due to geographic and climatic conditions and that he had pointed out to Central government officials.
“The team of experts are arriving in Goa within the month, and after there inspection of river-side villages, there are chances to get sanction for 60 per cent of underground cabling in Goa,” he said.