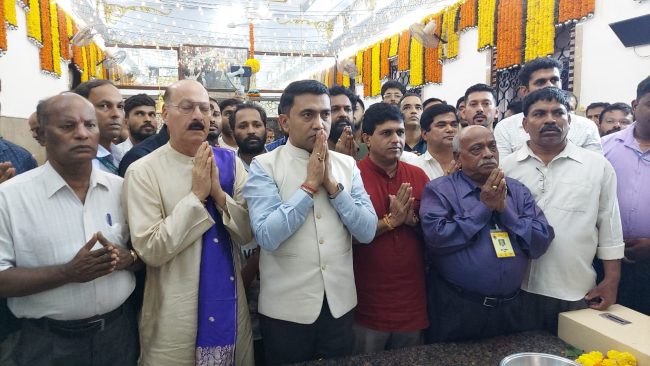 PANAJI: Goa Chief Minister Pramod Sawant has said that the state’s engagement in the upcoming G20 summit will make it a “brand of global recognition”.
A few months back, Sawant had announced that Prime Minister Narendra Modi had agreed to organise one of the G20 summit events in Goa. India, which will hold the G20 presidency from December 01, 2022, to November 30, 2023, is expected to host the G20 summit next year.
Addressing an event organised by the World Travel and Tourism Council (WTTC) on Thursday, Sawant said it was heartening to know that the World Trade and Tourism Council India Initiative (WTTCII) will be partnering with the upcoming G20 summit along with the Union Tourism ministry and Goa government.
“This will change the way the world looks at India, and Goa would be a brand of global recognition. The recognition of WTTCII global member (for the summit) will elevate Goa’s tourism industry and give impetus to the state’s growth,” he said.
Sawant said that as chief minister, he has given importance to making the state self-reliant.