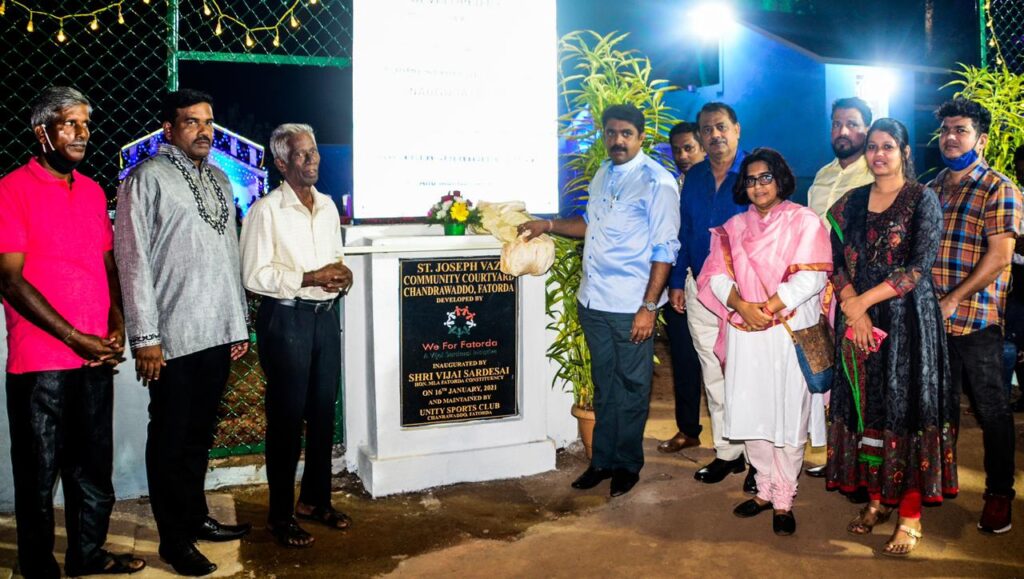 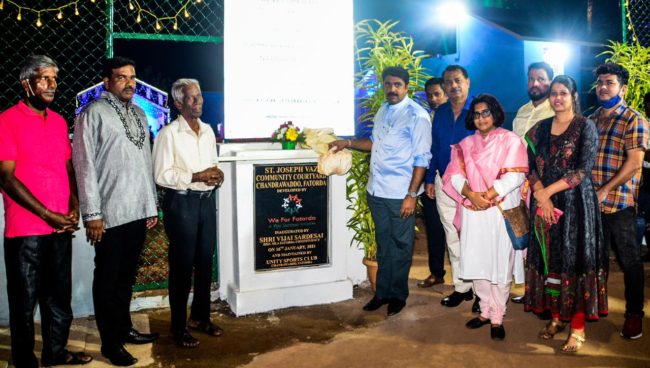 Goa Forward Party Chief and Fatorda MLA Vijai Sardesai today alleged that Goa’s only patron Saint of Goa St. Joseph Vaz is not safe in the BJP Government. He was speaking after inaugurating St.Joseph Vaz Community Courtyard at Chandrawado, Fatorda.

Goa Forward Chief Vijai Sardesai while speaking at the occasion extended wishes of St. Joseph Vaz Feast to the faithful. Vijai recollected that when he was the Minister for Archives and Archaeology he had facilitated the work of making the Sancoale site of Our Lady of Health available for novenas for the feast.

“The site had to be made available for novenas and there was very little time. Since the protection of the archaeological sites of Goa is the work of the Minister of Archaeology I had taken steps to make sure that all the problems were cleared and the Church was opened as the Our Lady of Health church” recollected Vijai.

Vijai Sardesai said that the facade of the Our Lady of Health is protected as the heritage. “We had taken a stand in the government that whatever the Bishop of Goa wished was wanted by people and was agreed . We took steps accordingly and opened the site” informed Vijai Sardesai.

Vijai said that Goemkarponn means people of all religions live together and commended the ward for having lived on perfect religious harmony. He appealed to the citizens to remain alert as some anti social elements would try to divide and rule in the area. We have seen earlier how few individuals tried to create a divide.