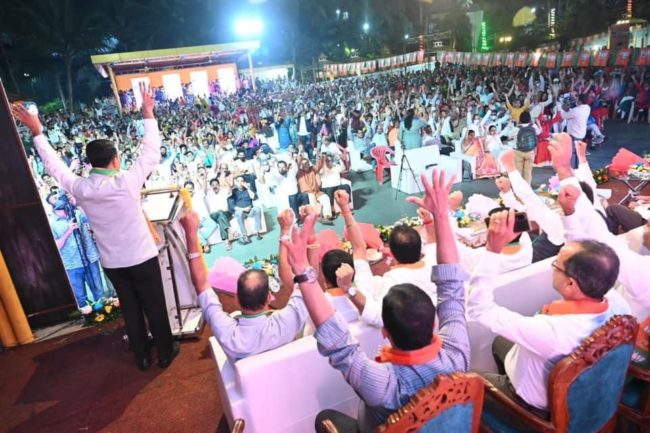 Goemkarponn desk
PANAJI: Goa govt is firm on auctioning mining leases in the state asserted CM Pramod Sawant today.
“We have taken 100 % steps towards the resumption of mining in Goa. Rules related to Mining Corporation have been sent to the law department. We are going ahead with auctioning,” he said.
Meanwhile, the govt accepted all demands of Anganwadi workers, said CM Sawant.
The agitating Anganwadi workers had given an ultimatum to the govt yesterday regarding their demands. “File came back from finance and has been cleared by me. I have also sent them a message. 3 of their demands, except pension, has been approved. But their honorarium after retirement has been increased from one lakh to three lakh,” he added.
CM also informed that Goa govt has empanelled 5 banks for giving housing loans to govt employees at a 2 % interest rate.
There is also a provision for empanelling new banks, informed CM. He was speaking to media persons after the state cabinet meeting today. The empanelled banks include Goa state cooperative bank and 4 other nationalized banks. Of the 6.5 % interest rate finalized, 2% will have to be paid by the employee, and 4.5 % will be borne by the govt. Govt has recently reintroduced a new and revised House Building Allowance (HBA) scheme through the Economic Development Corporation (EDC) for its employees.