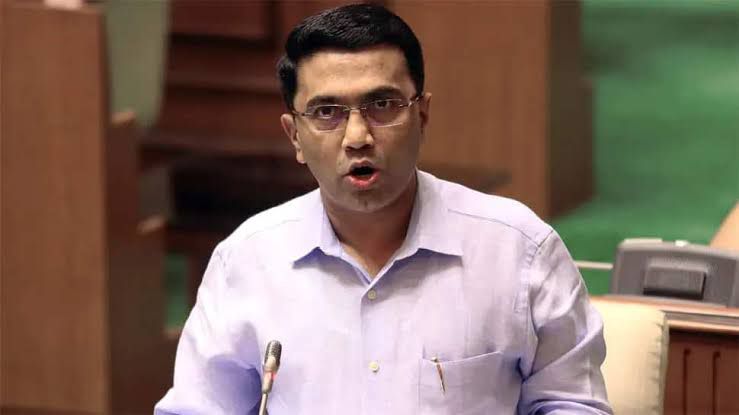 Goemkarponn desk
PANAJI: Chief Minister Pramod Sawant said that his government is creating infrastructure and is also planning to create human resources.
“On one hand is creating infrastructure and on the other hand has also planned to create human resources. We are thinking about how private and government can use this talent of human resource created,” said Sawant.
The chief minister also urged the graduates and others to learn additional courses to upgrade their qualifications.
“Govt intends to provide some facilities like home loans and salary upgradation for those who work in the private sector. For example, he mentioned that Government is looking for ESI payment to be made from time to time,” he added.
Sawant said that companies look for the welfare of their employees by extending them the benefit of schemes of the state and central Government in the form. Since the jobs in the public sector are limited, he advised the youth to opt towards the private sector for acquiring jobs.
“Mere securing degrees in B.A. B. Com. is not sufficient for securing a job. Other allied skills would be made compulsory to develop better human resources in the State,” he added.
He said apart from providing attention towards human development, efforts are being made to lay thrust on developing robust infrastructure in the state.
He enlisted various developmental projects undertaken by the Government. National Water Sports Institute at Dona Paula, National Forensic Science University, Ayush Hospital, and the International School of Law at Sancoale are a few. Mopa airport and Ayush Hospital would be inaugurated by next month he informed.