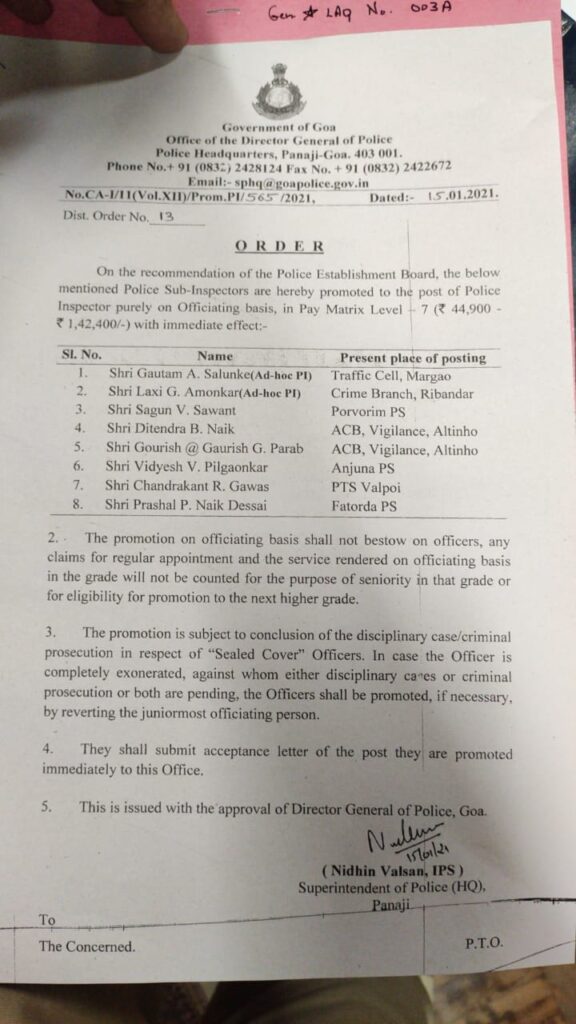 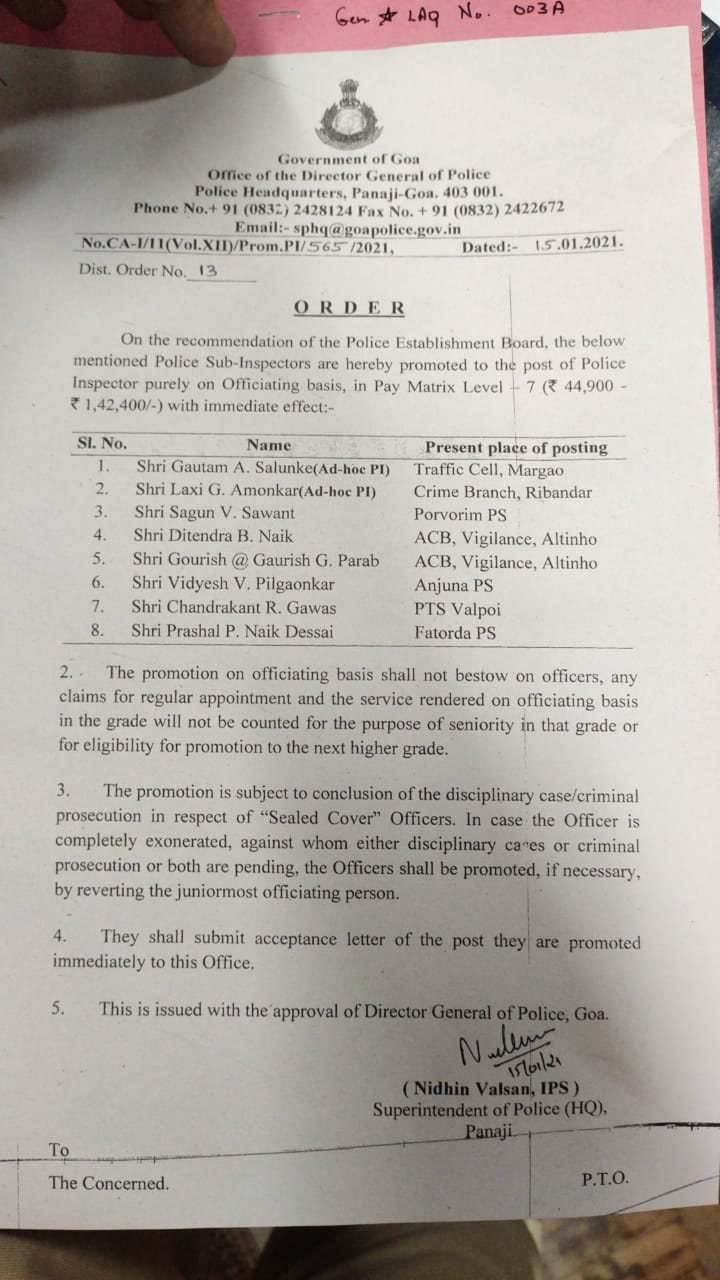 The State government has promoted eight police sub inspectors to the rank of police inspectors with immediate effect.

The promotion is done based on the recommendation of the Police Establishment Board.

The other promotes are Sagun Sawant from Porvorim PS, Ditendra Naik and Gourish Parab from ACB, Vidyesh Pilgaonkar from Anjuna PS, Chandrakant Gawas from PTS Valpoi and Prashal Naik Desai from Fatorda PS.