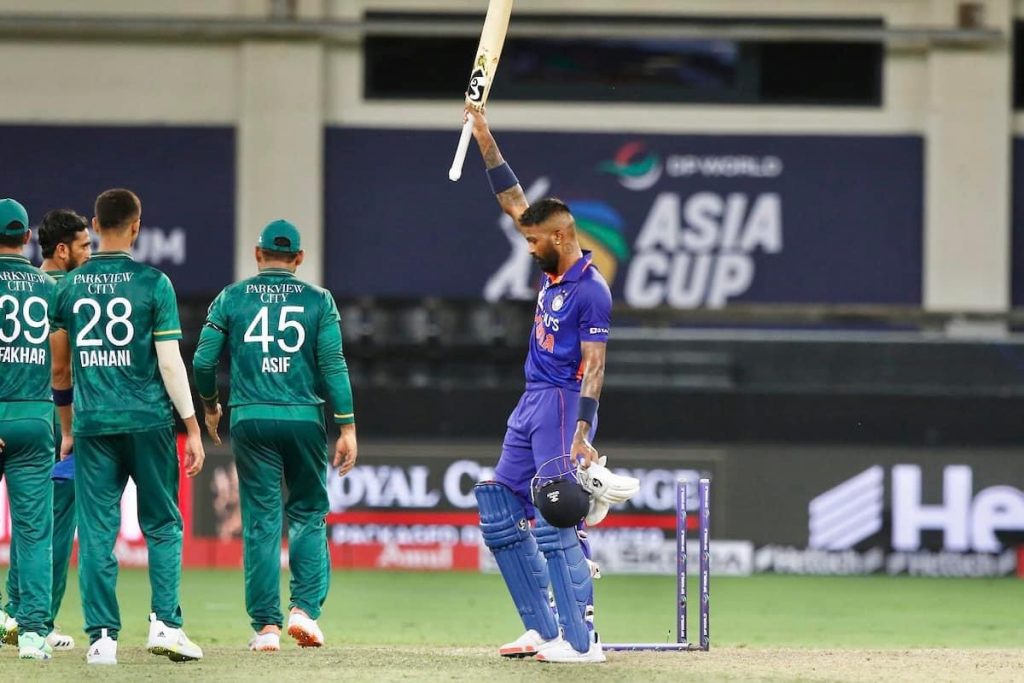 Dubai:Hardik Pandya showed nerves of steel to steer India to a thrilling five-wicket win over Pakistan in an Asia Cup Group A match at the Dubai International Stadium. Chasing a target of 148, Hardik hit three boundaries and a six in the last two overs to take India home with two balls to spare. Pandya remained unbeaten on 33, while both Virat Kohli and Ravindra Jadeja played knocks of 35 each to give India a decent platform. Earlier, Bhuvneshwar Kumar and Hardik Pandya starred with the ball as India bowled out Pakistan for 147 in the Asia Cup clash in Dubai. Bhuvneshwar picked four for 26, while Hardik also returned with figures of three for 25 after India invited Pakistan to bat at the Dubai International Stadium. The Indian pacers targetted Pakistan batters with short ball. Bhuvneshwar Kumar gave India the perfect start by picking up the big wicket of Babar Azam. Avesh Khan then removed the dangerous Fakhar Zaman within the powerplay to put Rohit Sharma’s team in a great position. Bhuvneshwar and Hardik cleaned up the Pakistan tail. Rizwan top-score with a fine 43, before Shahnawaz Dahani and Haris Rauf took Pakistan to a respectable total. Earlier, Rishabh Pant did not find a place in India’s playing XI as Dinesh Karthik was given a nod over the youngster.