I have doubt whether I myself would remain in Cong or not tom,says Kamat 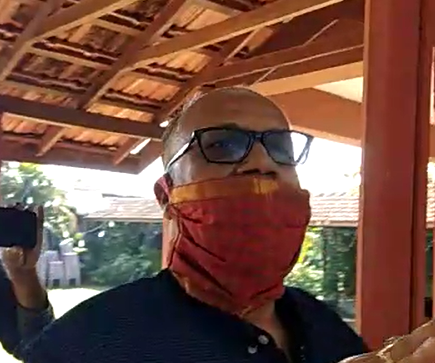 Panaji: Leader of Opposition Digambar Kamat made a sarcastic statement that he has doubt whether he would remain in Congress or not tomorrow.
Asked to react on GPCC president Girish Chodankar ‘s resignation and the next president, he said, it is for the high command to decide.
“I have doubt whether I myself will be there in Congress or not tomorrow. I cannot say anything,” he said.
He further stated the high command has to decide on Girish Chodankar resignation and the next president.
“I am not interested in president’s job,” he said after meeting AICC observer for Goa Dinesh Gundu Rao.
Meanwhile, Curtorim MLA Alexio Reginaldo Lourenco said that those who are at the helm of affairs must take responsibility of ZP poll debacle.
“If you cannot take responsibility you should take teh big posts,” he said.