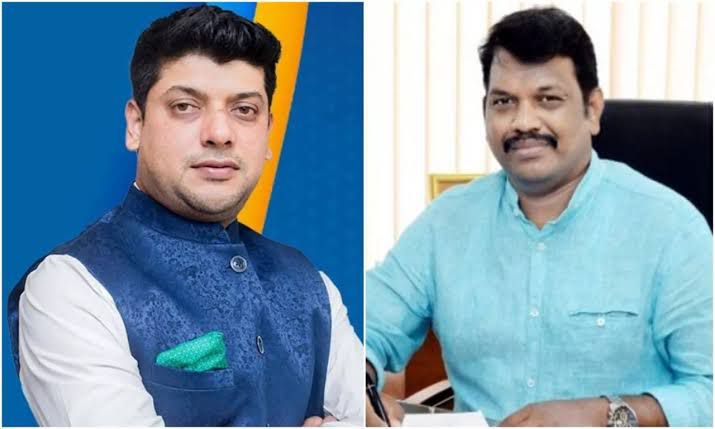 Goemkarponn desk
PANAJI: “Illegally converted lands which are now reverted to their original status by TCP Dept., shows the work of Michael Lobo. He has seen Mahatma only on Currency Notes. He needs to read books to understand the contribution of Mahatma Gandhi, Indira Gandhi, and Rajiv Gandhi in nation-building. Rahul Gandhi’s Bharat Jodo Yatra is for United India,”stated Congress President Amit Patkar.
Hitting back at Calangute MLA Michael Lobo for his statement on Rahul Gandhi’s “Bharat Jodo Yatra”, Congress President charged that Michael Lobo committed illegalities for personal gains under the guise of doing people’s work.
“I want to make him understand that BJP Government in Goa robbed the people’s mandate. They have done a daylight dacoity of the votes given to the Congress Party by the Goans. BJP did not get votes from 67 per cent of people,” stated Amit Patkar.
He said if he could get votes on his own with his so-called work, why did Michael Lobo and his wife contest on Congress ticket? Why did they not contest as Independents? Why did they not show the guts to resign and re-contest the election on a BJP ticket? Questioned Amit Patkar.
“He has not only betrayed people’s mandate but has defied God. He is under a huge burden of sins. He is frustrated and has no other option than to entertain his current political mentor Chief Minister Dr Pramod Sawant,” said Amit Patkar.
“Our leader Rahul Gandhi’s “Bharat Jodo Yatra” is to unite India. BJP needs to answer issues raised by Rahul Gandhi on unemployment, price rise and divisive politics. Lakhs of Indians walk with Rahul Gandhi every day. This has sent jitters to the BJP camp,” claimed Amit Patkar.