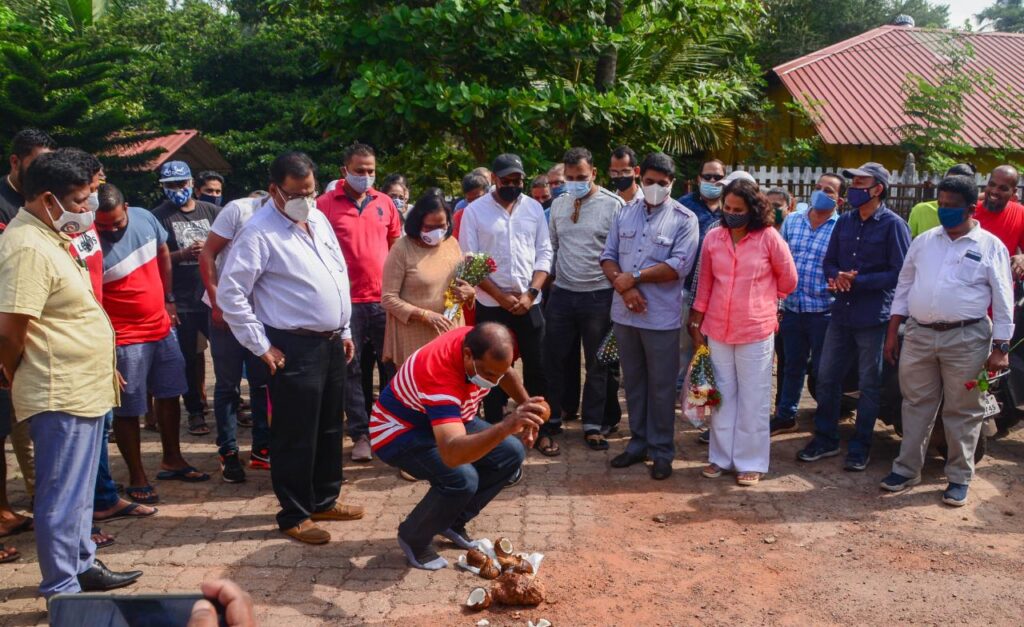 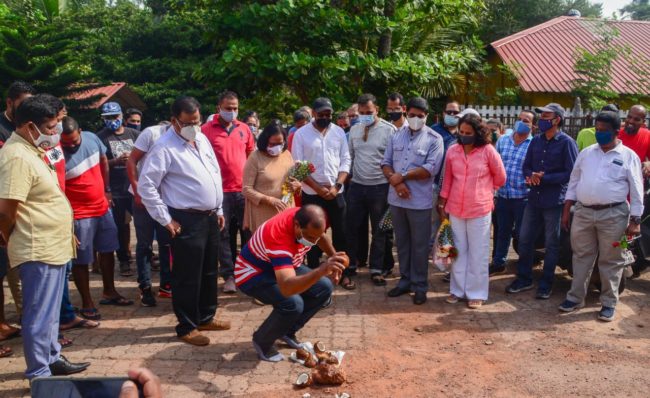 Margao: Goa Forward Party Chief Vijai Sardesai today inaugurated the hot mixing work for all the internal roads in Ward 1 of Mungul and Madel area in Fatorda constituency. Sardesai said “I am committed to giving the best of infrastructure to the people of Fatorda. We have decided to hot mix roads even in housing societies after obtaining necessary permission and NOC from the concerned. All the tax payers should get benefit of the infrastructure.

The Fatorda MLA said that the “hot mixing worth 2.16cr will be completed within a month. People should judge us by our work and vote for us in the upcoming Muncipal polls.

Further Unity among the residents of Madel is most important and I can see it now. This unity helps us to carry out various development works, which would not only take Madel and Mungul forward, but also the residents of the area forward said Sardesai.

Sardesai spoke about the benefits of efficient infrastructure saying “Recently our party General Secretary Prashant Naik suffered massive heart attack and reached hospital within the Golden hour, due to which his life could be saved. Yesterday one of our strongest supporters from Pajifond Mr Sanjay Kesarkar lost his life due to massive heart attack as he couldn’t reach hospital in time within the golden hour.”

The GFP chief also pointed out that keeping in mind the trends of heart attacks specially post COVID, “I urge the Govt of Goa to include preventive heart check up in DDSY Scheme, so that Goemkars can go and do checkup without any financial burden, which would also help in early detection of heart diseases. This can save many lives” said Sardesai.

I request fatordekars to register themselves on our helpline ( 8888411111 )for the preventive heart checkup. We for Fatorda will be there always at the service of fatordekars said Vijai Sardesai

I had earlier said 2021 is the year of hope, but looks like it has started with tragedy. I am shocked with the demise of Smt.Vijaya Naik ,wife of Union Minister Shripad Naik. He is our Goencho Avaz in the Union Cabinet. I pray for his speedy recovery said Sardesai. Shripad started working for his party when they did not even have a base in Goa, he should have been made Chief Minister as he was one of their founders and also representing the Bhandari Samaj said Sardesai.