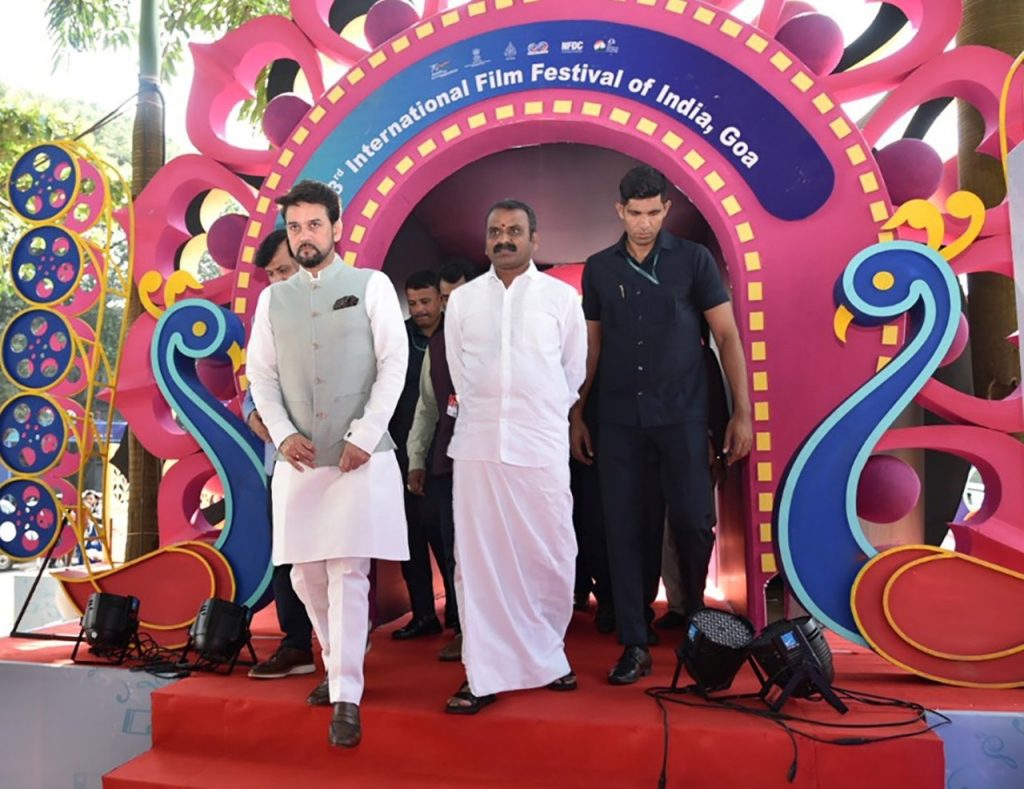 Goemkarponn desk
PANAJI: “International Film Festival of India (IFFI) has become a platform for film directors from all over the world to showcase their work. I am sure, India will become a hub for co-production, post-production, film shooting and also for the technology partners”, said Union Minister for Information & Broadcasting and Youth affairs & Sports, Anurag Singh Thakur today at IFFI 53 venue in Goa.
Speaking on the sidelines of Red Carpet for the Opening film of IIFI 53 and World Premier of Austrian Director Dieter Berner’s film Alma and Oskar, the Minister said that every year, the festival is becoming bigger and bigger. This year there are many premieres. 280 films from more than 79 countries are being exhibited in IFFI this year. It speaks volumes about what we have done so far, he added further.
Shri Anurag Singh Thakur noted that this is the first time, an opening film is being screened before the opening ceremony in IFFI. Every year we are trying to do something different- from 75 Young Creative Minds of Tomorrow initiative to world premieres. We look forward to more participation from international film professionals, the Minister emphasized.
Union Minister of State for Information & Broadcasting, and Fisheries, Animal Husbandry & Dairying, Dr. L. Murugan, Secretary Ministry of I & B Apurva Chandra, along with cast and crew of Alma and Oskar attended the grand screening of the movie at INOX, Panaji, Goa today.
Speaking about the delightful and festive mood created by IFFI all around, Dr. L. Murugan, said that IFFI is connecting the world. Film delegates from all over the world are participating in this festival. IFFI is taking our Indian culture to all over the world too, he added.
Giving insights about the passionate love story Alma and Oskar, the Director Dieter Berner, highlighted that the film is about a famous Viennese woman, Alma Mahler, who was beautiful and courageous, who challenged social conventions, and Oskar Kokoschka who was an avant-garde playwright and an expressionist painter. They began an affair which brought them both to the brink of self-destruction, and left traces in the history of art.