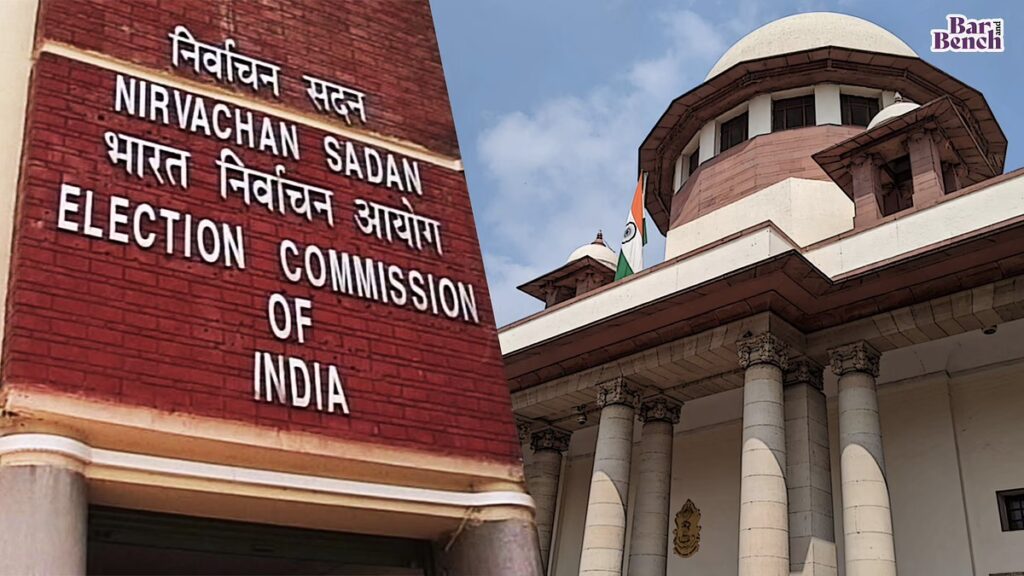 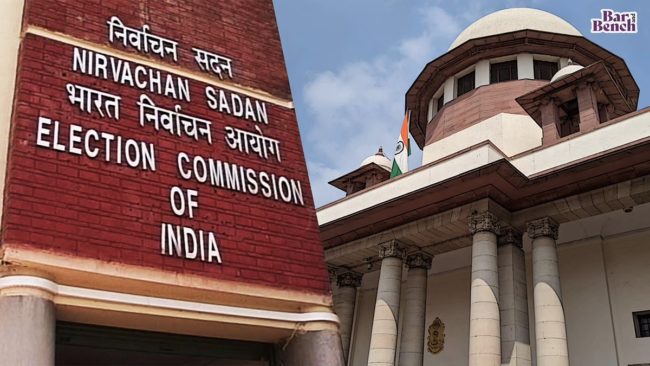 Goemkarponn desk
PANAJI: The Supreme Court sought responses from the Union government and the Election Commission of India (ECI) on the continued ‘tamasha’ of political parties promising or distributing ‘irrational freebies’ using public funds.
A Bench of Chief Justice of India N.V. Ramana, Justices A.S. Bopanna and Hima Kohli issued notice to the Centre and the top poll body on a petition filed by advocate Ashwini Kumar Upadhyay, represented by senior advocate Vikas Singh, to issue stringent guidelines to deregister the errant political parties and seize their election symbols.
“The ‘tamasha’ has been going on for decades. Promises always remain as promises. Most of them, except freebies, are not implemented,” the petition said and contended that the offer of these freebies amounted to bribery and undue influence.
The court, however, drew a skeptical note about how Mr. Upadhyay, in his petition, named only a few, select political parties and States. Mr. Upadhyay said he did not mean to target only a few parties and offered to make all political parties respondents in the petition.
“This is no doubt a serious issue. The budget for freebies seems to go beyond the regular budget… sometimes it is not a level playing field for some parties… How can we manage or control this?” the CJI asked about the question of law involved in the issue.
The court said it would start, for the time being, by issuing notice to the Centre and the ECI, which have been named respondents now. The court listed the case after four weeks.
In the hearing, Mr. Singh submitted that parties, even in debt-ridden States, were promising/distributing these freebies to garner votes and to create an uneven playing field before the elections.
Mr. Singh said the election commission’s guidelines on the freebies, issued after a Supreme Court judgment in the Subramaniam Balaji case, reported in 2013, were “toothless”.
‘Purity of election process’
“Promise/distribution of irrational freebies from public fund before election unduly influences the voters, shakes the roots of free-fair election, disturbs level playing field, vitiates the purity of election process and also violates Articles 14, 162, 266(3) and 282,” the plea said.
It highlighted how the ECI had held a meeting with the political parties and issued guidelines which mandated that their election manifestos should not contain anything repugnant to the Model Code of Conduct.
The ECI had said that though the Directive Principles of State Policy enshrined in the Constitution enjoined upon the State to frame various welfare measures for the citizens and, therefore, there could be no objection to the promise of such welfare measures in election manifestos, political parties should “avoid making promises which are likely to vitiate the purity of the election process or exert undue influence on the voters in exercising their franchise”.
In the interest of transparency, level playing field and credibility of promises, the election body had expected poll manifestos to “reflect the rationale for the promises and broadly indicate the ways and means to meet the financial requirements for it. Trust of voters should be sought only on those promises that can be fulfilled”.
Mr. Singh submitted that arbitrary promises of irrational freebies violated the ECI’s mandate for free and fair elections, and distributing private goods-services, which were not for public purposes, from public funds clearly violated the Constitution.
Rather than promising better rule of law, equal pay for equal work, clean water, equal quality education, quality healthcare, quality infrastructure, speedy justice, free legal aid, citizen charter, judicial charter, efficient police system, effective administrative system, political parties arbitrarily promised irrational freebies from public fund, he argued.
“The fulcrum of democracy is the electoral process. If the integrity of electoral process is compromised then the notion of representation becomes vacuous. Distribution of money and promise of freebies has reached alarming levels with elections being countermanded several times,” the petition said.