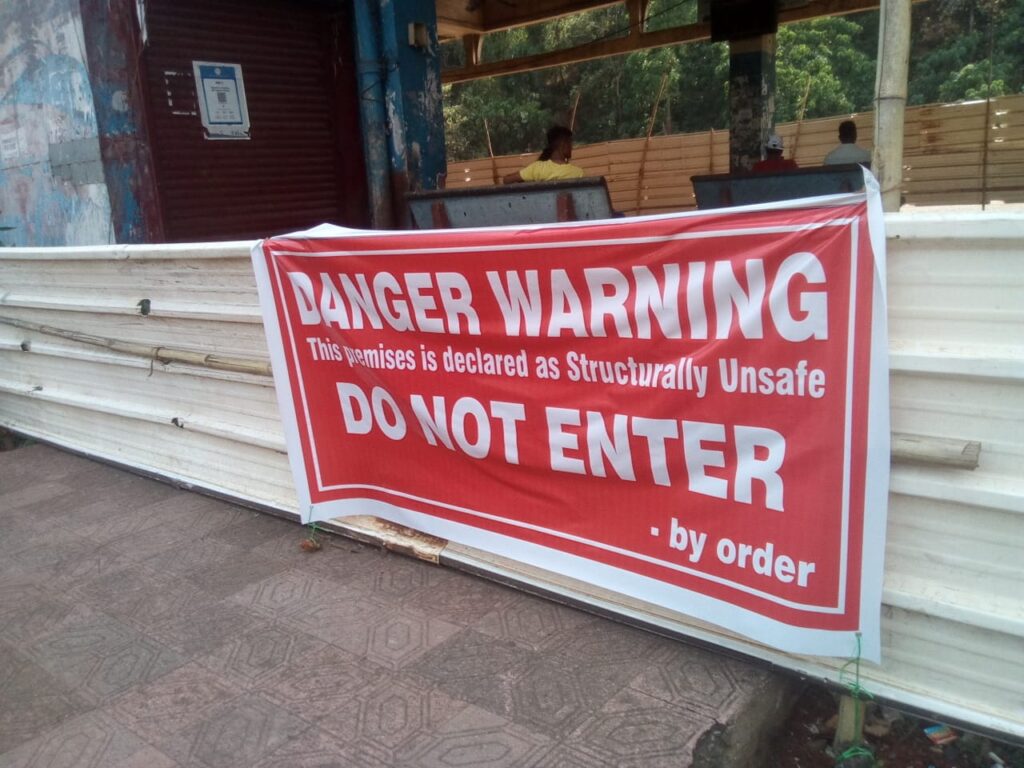 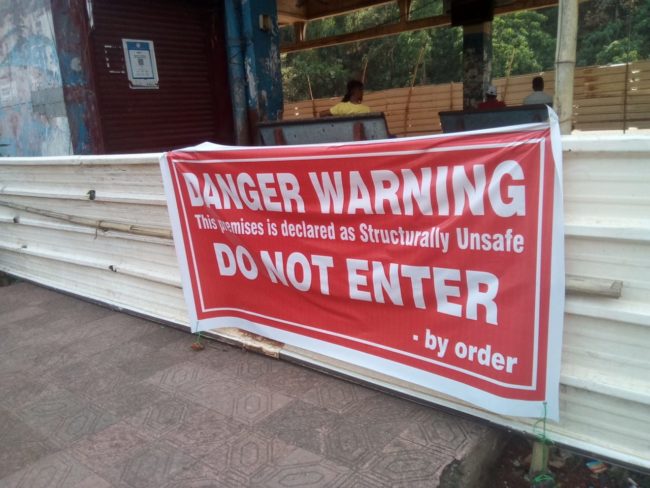 PONDA: Is the KTC Bus Stand premises structurally unsafe? This question is posed to several commuters who use KTC Bus stand for their Journey. The commuters said though the barricades are erected, there is no sign of repairing the bus stand structure. A few years ago, part of the beam of a bus stand structure collapsed. Luckily no one was injured; however, significant repairs are still needed to the KTC Bus stand. The Bus Stand was constructed in 1991, and it’s almost thirty years now there is no major maintenance work has been carried out.
Recently GoaCan coordinator Roland Martins
in his complaint to the Director of Transport has expressed concern about the present worst condition of the KTC Bus Stand Ponda wherein the entire seating area has been barricaded, kiosks shut, and the work order for repairs yet to start, thereby to put consumers of public transport to immense hardship.
Keeping in mind the approaching monsoons, GOA CAN, in a letter to the Director of Transport Rajan Satardekar, has pointed out that the Ponda KTC Bus Stand needs an urgent intervention if the situation is to improve the repairs are to be undertaken on a war footing.
It may be noted that after a concrete beam and other cemented parts of the Bus Stand collapsed, the seating area was barricaded, and as a result, all the kiosks operating there were shut.
After receiving complaints from consumers, GOACAN inspected the bus stand and found that no Safety Signage had been installed and no emergency telephone numbers were displayed. Although the barricades were in place, students and women were occupying seats within the barricaded area out of sheer necessity considering the heat conditions.
GOACAN has further pointed out that no alternate bus departure signage is in place, nonfunctional buses have been abandoned at the bus stand, and the approach road to the bus stand is pathetic.
GOACAN has strongly urged the Director of Transport to visit the Bus Stand, take stock of the situation, and issue necessary directions so that the repairs are completed in a time-bound manner in the interests of the consumers, the bus owners, and other service providers using the Bus Stand.
Copies of the GOACAN letter have been sent to the Chief Secretary, Transport Secretary, South Goa Collector & District Magistrate, SP Traffic & SP (South) Goa Police, Deputy Collector & SDM Ponda, Additional Director Transport (South), and Assistant Director Civil Supplies & Consumer Affairs.
Meanwhile, the Director of Transport, acting upon the GOACAN letter, had displayed Safety Signage on barricades at KTC Bus Stand Ponda.