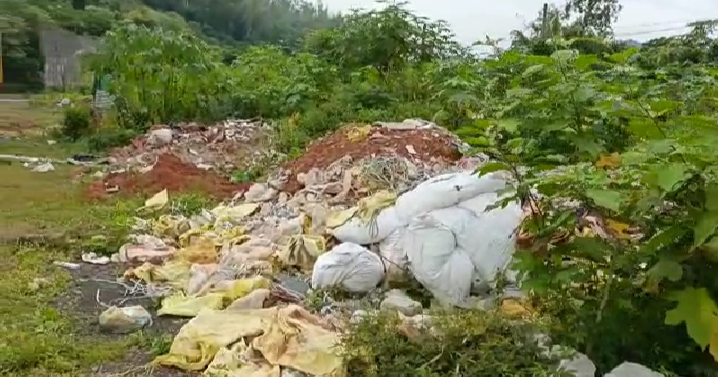 Goemkarponn desk
PONDA: Curti-Khandepar locals yesterday caught one truck while dumping garbage on the roadside of NH at Kerya and handed it over to Police.
The locals now demanding with Panchayat to issue fines for truck driver for dumping garbage at Kerya-Khandepar.
According to Rocky Dias, he, along with some locals, caught one truck while dumping garbage on the roadside.
He said the roadside became a dumping ground for garbage because authorities failed to keep watch on garbage dump.
He said after noticing one truck unloading waste yesterday, they called Panchayat staff and informed Police.
Rocky Dias said it’s two days passed now no fines have been issued to the truck driver. He said the truck drivers with loaded material coming in Goa often dump waste material at the roadside, giving an ugly look to it and expressed unhappiness over delay in issuing fines to truck driver for unloading garbage.
When this reporter contacted Curti-Khandepar, Sarpanch Naved Tehsildar, he said the secretary is the concerned official to issue fines.
“Since he could not attend office for two days, the fines of Rs 5000 will be issued to a truck driver on Wednesday when secretary would join on duty,” he said.