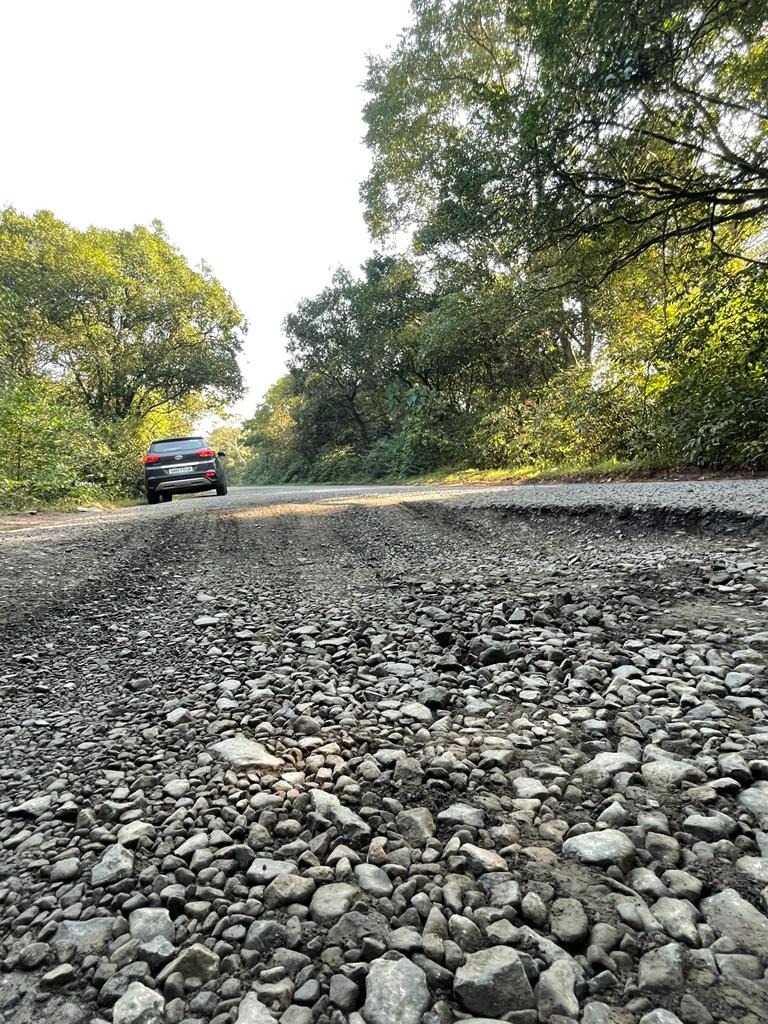 Goemkarponn desk
BELAGAVI: The Karnataka Authorities have blamed the Goa Government for the pathetic condition of the Goa-Belagavi Chorla road for the delay in handing over possession of the Ghat section to the National Highways Authority of India (NHAI).
Govind Karjol, district in-charge minister, said the NHAI is not proceeding with the construction of the road as Goa State has not handed over the road under its jurisdiction.
Earlier, Karjol had a review meeting on Monday at Belagavi after which he announced that the work on the Belagavi to Chorla road would commence on November 14.
He said he himself would be present for Bhoomi pooja.
There has been an ardent delay in commencing the work on this said road, which is dilapidated.
Even the Chief Minister of Goa, who was here for a visit, said that the road needs urgent attention.
The Minister has directed the officials of the forest department to give all kinds of cooperation without raising any unnecessary disputes regarding this work.
43 km road between Chorla-Belagavi handed over to the NHAI.
The road within Karnataka, a length of 43 km, has been handed over to NHAI for construction of the road.
DC Nitesh Patil brought to the attention of the Minister that the work is being delayed due to this.
He instructed the officials of the National Highways Authority to start the road work between Belagavi-Chorla immediately.
Goemkarponn, on its Saturday edition, had highlighted the pathetic condition of the road.