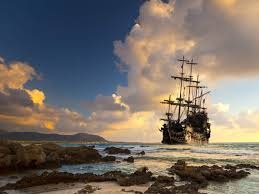 Goemkarponn desk
MARGAO: “Permanent Pension to Seafarers was the promise of Congress Party in Roadmap for Goa Vision 2035. It is the duty of the Government to respect the contribution of Seafarers to the development of Goa. I appeal to Chief Minister Dr Pramod Sawant to notify Seafarers Permanent Pension Scheme & clear all pending dues immediately,” stated Leader of Opposition Yuri Alemao.
“Most of the Seafarers come back to their homeland Goa during Christmas. I urge the Chief Minister, Dr Pramod Sawant, to bring smiles to their faces by notifying the permanent pension scheme and also releasing the pending dues of the last two months,” Yuri Alemao said.
He said the government needs to simplify the application process for availing benefits under the Scheme. Most of the Seafarers & Widows of Seafarers need to be tech savvy and hence find difficulties in submitting various documents.
“NRI Affairs should hold Camps in Coastal Areas to facilitate application submission, uploading of documents etc. which will be a great help to the beneficiaries,” claimed Yuri Alemao.
“I also appeal to the Government to give recognition to the Goan Seamen Association of India and provide them logistical & infrastructural assistance,” said Yuri Alemao.
He said the Seafarers remain miles away from their homeland, earn foreign exchange and contribute to the economy.
“They have played a big role in the overall development of Goa,” stated Yuri Alemao.