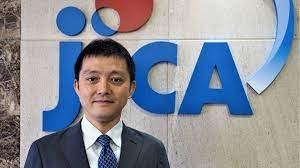 Goemkarponn desk
New Delhi: Japan International Cooperation Agency (JICA), India’s biggest bilateral donor, has emphasised the need to uphold the “highest standards of ethics and transparency” in reference to concerns about providing a Rs 2,000-crore loan to the Goa government after a previous JICA-funded state project in the 2010s got mired in controversy.
Last month, the Goa government eyeing a Rs 2,000-crore JICA loan to finance the power department’s underground cabling, substations, and meter installations work.
Speaking to ThePrint Tuesday, Saito Mitsunori, chief representative JICA India Office, said discussions with the Goa government are at the early stages, and any project would require an official request from the central government.
“We held extensive discussions with the [Goa] department of power to explore possibilities of funding support for renewable energy as well as small-scale generators and reinforcement of transmission and distribution network. The discussions are at an early stage. In order to make an examination, we will need an official request from the government of India,” he said.
When asked if JICA had any concerns pursuing a project in Goa after a previous one was embroiled in a bribery scandal, Mitsunori said: “What happened back then, happened. But I will say that for any project we finance, we request the government to uphold the highest standards of ethics, transparency, and integrity”.
What happened in the 2010s was the infamous ‘Louis Berger-JICA bribery scam’, in which Goa ministers allegedly received bribes from officials of an American firm called Louis Berger to grant contracts for a Rs 1,031-crore JICA-funded project that aimed to provide water augmentation and sewerage pipeline installation work in the state.
In 2015, the Goa Police arrested former minister Churchill Alemao, then JICA project director Anand Wachasunder, and US firm Louis Berger’s then vice-president Satyakam Mohanty in the case. Former Goa CM Digambar Kamat was also booked in the case. The same US firm was in 2017 accused of bribing Assam government officials in securing government contracts.