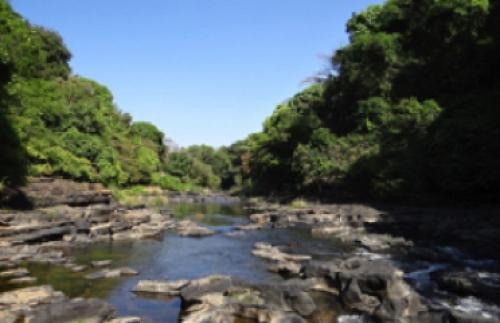 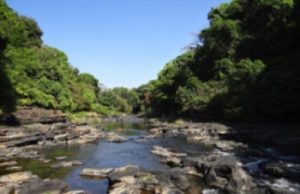 Goemkarponn desk
PANAJI: Goa Chief Minister Pramod Sawant has said that the chief wildlife warden of the state has issued a stop-work notice to the Karnataka government over the construction of Kalasa-Banduri dam project on Mahadayi river, which passes through a wildlife sanctuary.
Sawant held a meeting of high-ranking officials and members of Mhadei Bachaao Abhiyan here on Monday evening to decide the future course of action in the water diversion issue.
Goa and Karnataka are at loggerheads over the diversion of water from the Mahadayi river through the construction of dams by Karnataka on the river’s tributaries Kalasa and Banduri.
The Centre recently approved the detailed project report (DPR) submitted by Karnataka for the construction of the two dams.
Taking to Twitter, the chief minister said that the chief wild warden of Goa on Monday issued a stop-work notice to the Karnataka government.
The Goa government has contended that Karnataka cannot divert water from Mahadayi river, as it passes through Mahadayi Wildlife Sanctuary, which is located downstream in North Goa.
“Had a very productive meeting with members of Mhadei Bachao Abhiyan (MBA) in Panaji. Explained to them in detail about the efforts taken by the government on all fronts to safeguard Goa’s interests regarding Mhadei. I thank the MBA team for their valuable inputs,” Sawant tweeted.
MBA president Nirmala Sawant and environmentalist Rajendra Kerkar were also present for the meeting.
Talking to reporters after the meeting, advocate general Devidas Pangam said that the Goa government will file an application before the Supreme Court challenging the clearance given to the Karnataka government’s DPR.
The application will be filed as part of the ongoing case before the apex court in which Goa, Karnataka and Maharashtra have challenged the inter-state water dispute tribunal in 2019 over sharing water of Mahadayi river.