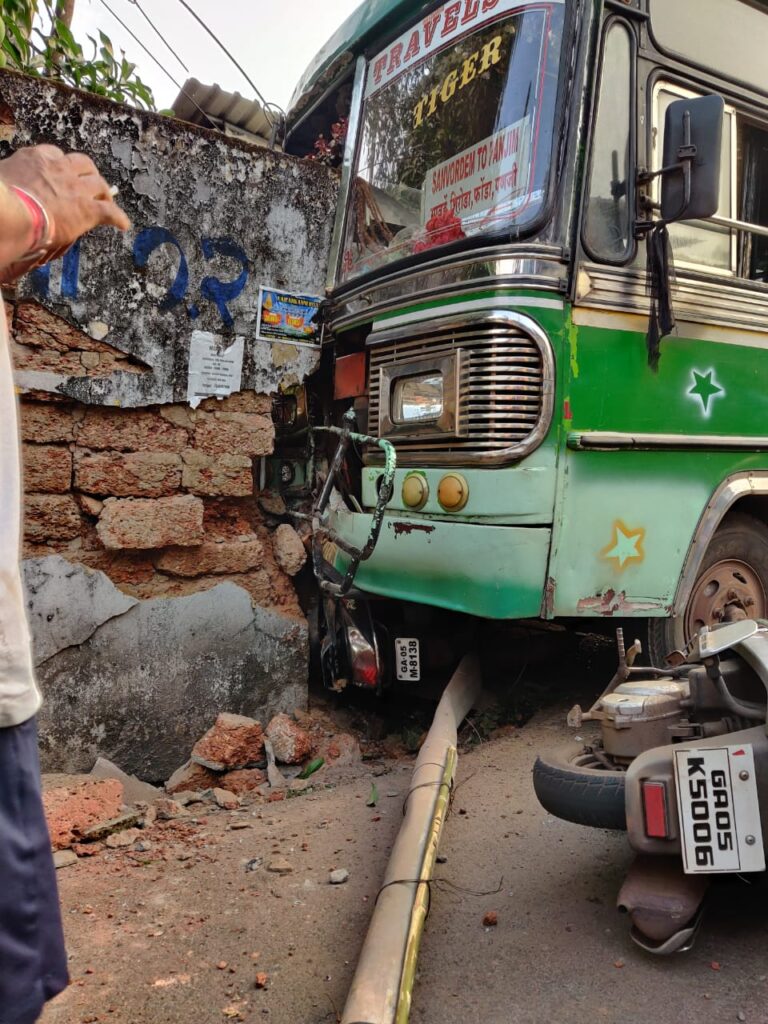 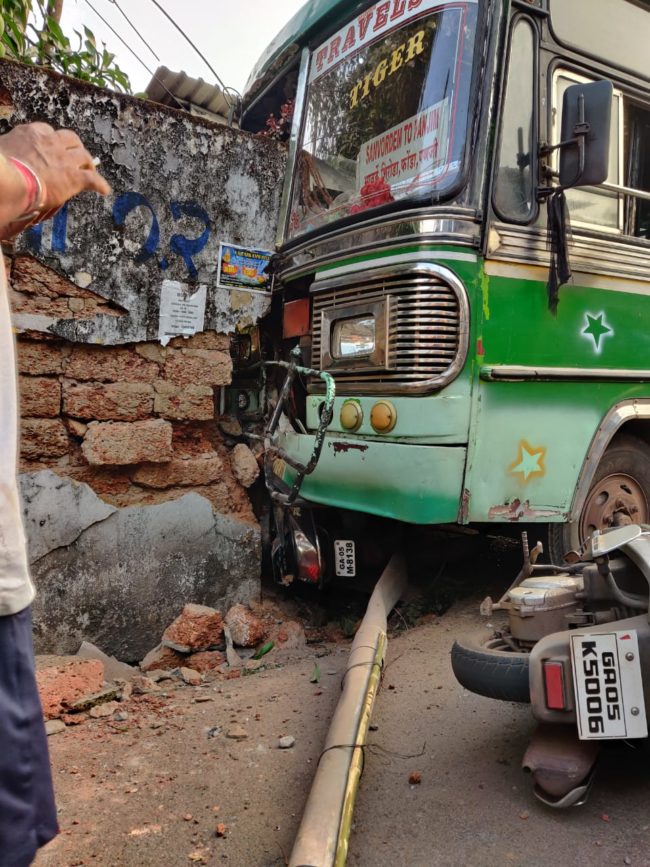 PONDA: Major tragedy was averted at Busy Shiroda bazaar when a passenger bus hit the electric pole.
In an accident at 5.45 pm evening yesterday, five vehicles were badly damaged, but there was no loss of life.
Bus dashed electric pole after the driver lost control at Shiroda sharp turn, causing damage to five parked bikes. Four people at the spot escaped with minor injuries, including two fish selling women. The driver of the bus was also injured after the bus.
Shocked locals thanked goddess Kamaxi for saving their lives as people at the busy bazaar miraculously escaped unhurt.
It is learnt that bus was proceeding towards Savordem from Ponda and when reached Shiroda Bazaar sharp turn driver lost control and dashed electric pole.
Following the accident, the electric pole fell down the locals rushed to save their life. However, five bikes were badly damaged. As it was in a busy bazaar huge crowd was gathered at the spot.
An electric wire connected to the pole from all sides at the junction. All wires fall along with the pole. Luckily there was a power breakdown at Shiroda as repair work was progressing; otherwise, when a bus loaded with a passenger when hit by an electric pole, it could have invited a fire incident. However, all this was averted, but the bus and four vehicles were damaged.