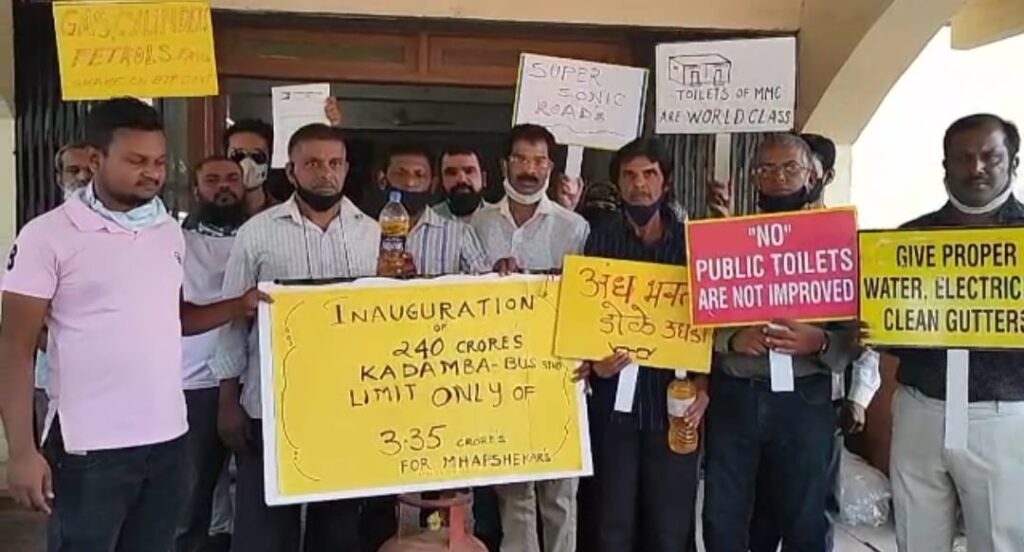 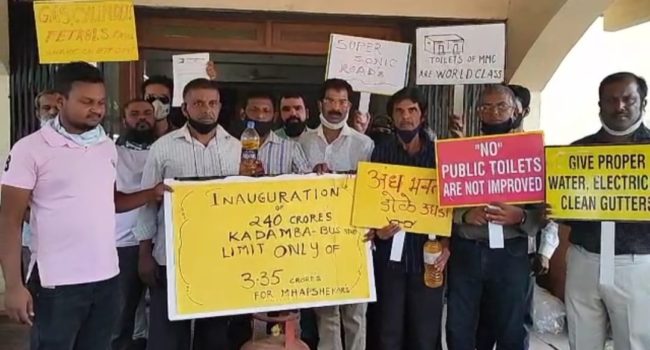 Mapusa: A delegation of NCP in a written letter to Dy Collector Bardez Kapil Phadte demanded action against the petrol pump operators manipulating petrol meter gauge and requested the government to take steps to subsidize the price of commodities especially Petrol/Diesel and Gas Cylinder.

NCP members further demonstrated outside the Bardez administrative office to create awareness amongst the people using play cards and appealed to more and more people to raise their voice against the in capabilities of the government.

NCP said that during the period of Former CM Late Manohar Parrikar, the price of petrol was Rupees 50 which has now reached 86 rupees. The increase in the price of petrol is affecting the common people especially the self employed people such as motorcycle pilots and taxis are suffering.

NCP further alleged that the petrol pumps operators are involved in corruption and manipulate with meter gauge which the concerned department needs to look into.

“People cannot afford to carry out their day to day activities since there has been a rapid rise in the price of commodities. Today we demonstrated and held a protest to create awareness amongst the people but if the government fails to subsidize the price of commodities we will come on the roads to agitate. I also appeal to more and more people to raise their voice against the in capabilities of this BJP government”, Sanjay Barde said.