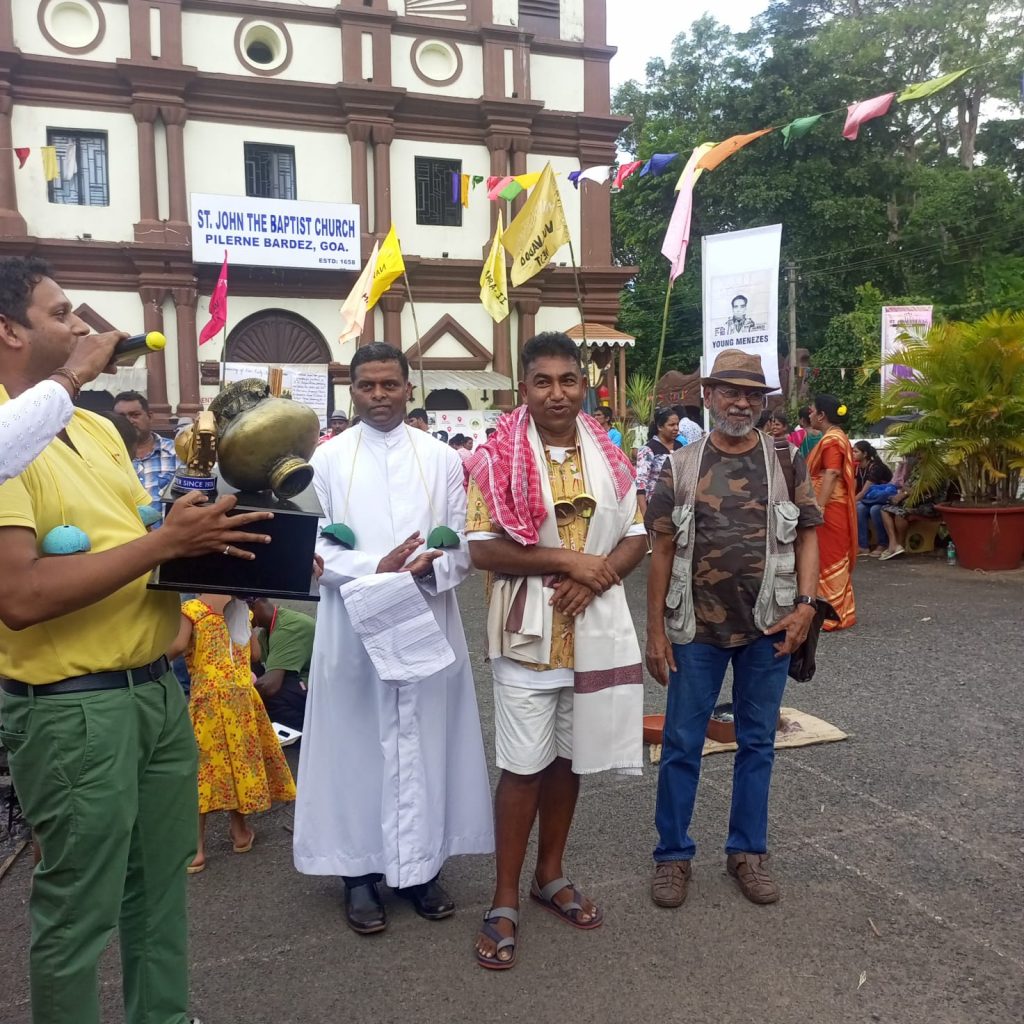 PILERNE: The Matiechem fest was celebrated at the St John the Baptist Church in Pilerne on October 2.
The festival was an initiative of the Parish Priest Fr. Derick Fernandes to mark the 365th anniversary of the Pilerne Church.
It was curated by Marius Fernandes and Dr. Gwendolyn De Orneleas. The organizers were well supported by people from Pilerne.
On that day, a few students from Lourdes Convent High school, Saligao, from classes 7-9, attended this fest along with a teacher.
The fest began at 10 in the morning and culminated well beyond 4 in the evening at the Pilerne Panchayat with a soil walk to the church led by a brass band.
The brass band paid tributes to famous Goan tiatrists of yesteryears like Robin Vaz, Nolasco Dias, Miguel Rodrigues and others.
This fest being a no garbage fest meant that anybody attending the fest had to get their own plates, spoons and glasses for eatables.
Tourists and people from all over Goa also attended this fest. Their impression of this fest was positive, as they commented that they enjoyed the festival and loved the Goan tradition and food. This festival was attended by many famous personalities like cartoonist Alexyz Fernandes and historian Prajal Sakhardande.
The fest also saw the release of a new magazine called ‘Matie Kruti’ meaning Forms of Soil, by Fr. Derick and other contributors. This magazine contained many articles on the history of Pilerne and a few passages on the Rising Stars of Pilerne, as well as other trivia. 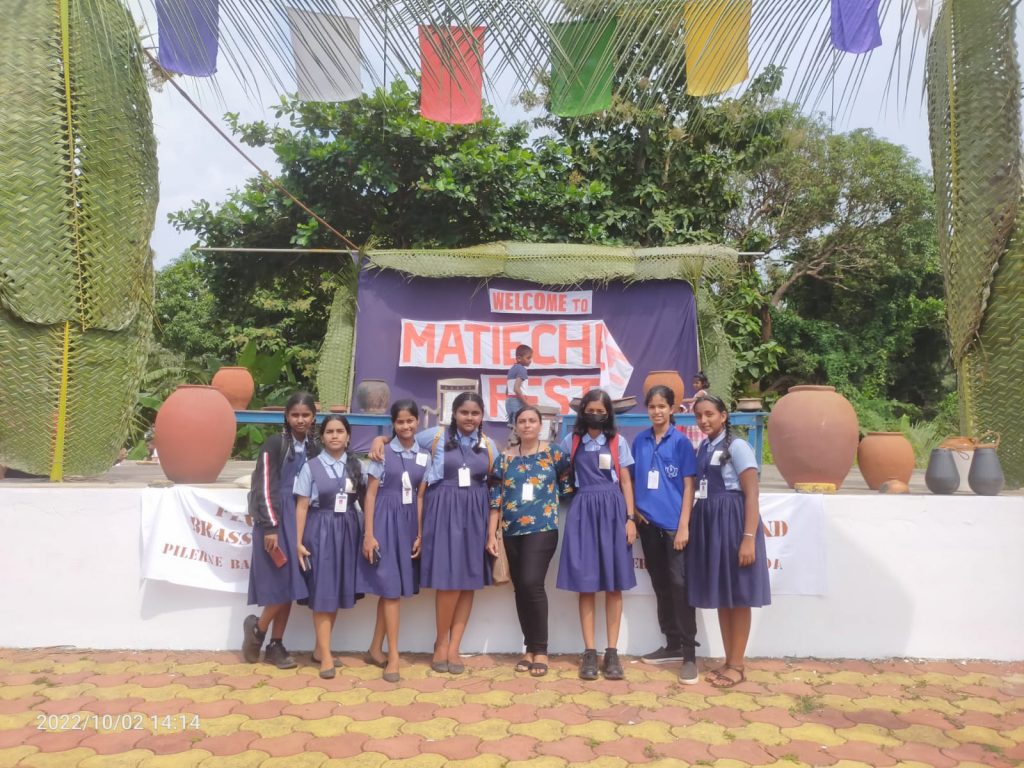 The Global Goa Girls Ghumot Group (GGGGG) was also launched on this day. Chef Peter Fernandes (of O Coquiero), who was also present at this fest, tempted our taste buds with the preparation of his ‘Vonn’. There were many programs, including a Mando performed by the chubby cheeks school children, a dance cum skit on Gandhiji’s values by Our Lady of Remedios school, a theatrical skit by the people of Pilerne, talks on our beloved Goa, fertilizers, garbage, exhibitions, dances and much more. We witnessed floats representing the traditional occupations of Goa, like that of the render, poder, xetkar, khumbar and pikaval displayed by the various wards of Pilerne.
There were various snack stalls and other startups at the fest that included various traditional items on display like earthenware, paintings, beautiful potted plants, yummy brownies and much more.
For lunch, people were treated to a delicious preparation of our xit, kodi and nuste or our staple boiled rice (ukde tandul), prawn curry (sungta kodi) and fried mackerels (Racheadho Bangde) for dessert we had the ever-delicious Goan ‘vonn’.
The festival attempted to break the world record – Pinnacle World records Goa, on the most number of percussion instruments used, with a record number of 630 percussion instruments.
There were many Pilernekars roaming with Ghumots and kottis in their necks. An interesting thing about the instrument Ghumot is that it was always made of the skin of pythons or monitor lizards, but this time it was made from the goat’s skin to reduce the threat to pythons and monitor lizards.
This was truly a great and memorable day that will remain in the hearts of every attendee for a long time. We hope that this festival continues for years to come with the same enthusiasm, pomp and splendour. We are extremely grateful to the organizers for inviting us to this one-of-a-kind festival that took us back to our roots.