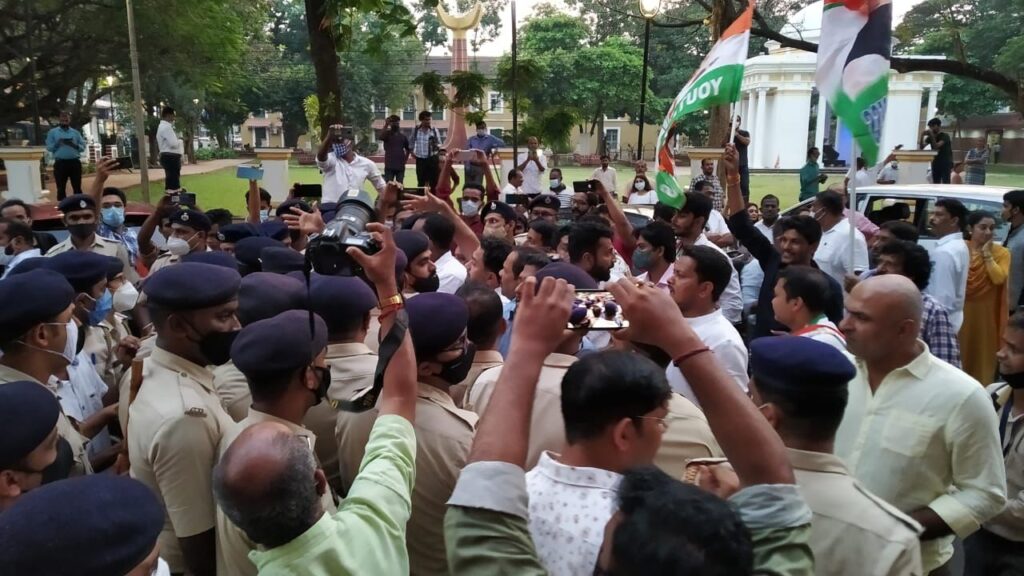 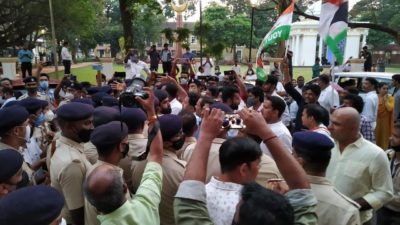 Malik now says he did not name the CM
Oppn Wrong in demanding his resignation
There were many involved in Corruption
Ask the concerned Minister, he says

Goemakrponn desk
PANAJI: In an interesting turn of events, teh Meghalaya Governor and former Governor of Goa Satyapal Malik has taken a mega U-turn on his interview to India Today and said that he never named the Chief Minister Dr Pramod Sawant of Corruption.
“In my entire interview, I have not named the Chief Minister anywhere. I have said there was Corruption by the government,” he said in a telephonic call.
He stood by his statement that there was large scale corruption but says it was not by CM.
“Many people were involved in COVID management ask the concerned Minister. The Opposition leaders also know about it,” he said.
“I have not named the CM; please see the interview again,” he added.
Malik further said that the Opposition parties must not use my interview and ask for CM’s resignation. MY aim was not to defame the government or the chief Minister. I love Goa and Goans love me,” Malik said.
He said that the Opposition was wrong using my interview to support their agenda. 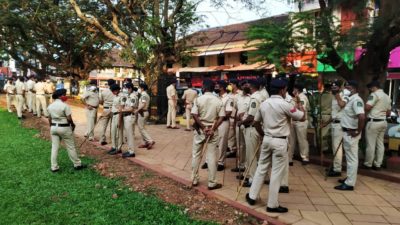 Goa on the BOIL…
The huge Corruption exposed by former Go Governor Satyapal Malik has kicked up a storm in the State, with the Opposition parties gunning for the Chief Minister’s head while the BJP going on the defensive.
The Aam Aadmi Party (AAP) and the Indian National Congress (INC) have launched massive protests on Tuesday evening.
The members of both parties were detained and taken to the different police stations for unlawful assembly.
The AAP volunteers were detained at Agassaim police station and later released at 1.30 am, while Congress workers were detained in Panaji police station and later released.
Meanwhile, the Goa Forward Party and the Trinamool Congress met the Goa Governor P.S Sreedharan Pillai and urged him to immediately dismiss the Dr Pramod Sawant Government.
Besides, the Opposition leaders like Digambar Kamat, Rohan Khaunte, Digambar Kamat have also taken to social media demanded CM’s resignation.
Meanwhile, Sawant, who was speaking to reporters outside the BJP office about the party’s preparations for Goa elections next year, was also asked by reporters about Malik’s allegations, but he abruptly walked away without responding. His office didn’t respond to requests for a reaction either.
However, BJP spokesperson Damodar Naik questioned why Malik didn’t send a report to the Union home ministry when he was still the State’s governor.
“Malik should step down from his constitutional post if he wants to criticize “his own government”. It is completely wrong for the governor to speak this way. There is ethics and propriety,” he said.
He said Malik should behave within the limits of ethics and propriety.
“Did he act on it (corruption charge) when he was the governor? To speak about it now and to speak to the media while still being a governor is completely wrong and unconstitutional. He should have sent a report to the Union home ministry back then, and then the senior leaders would have taken it forward,” Naik said.

Himself facing the corruption charges, Chief Minister Dr Pramod Sawant has asked government employees to weed out Corruption.
Reiterating that the State Government is committed to providing corruption-free governance and better service to the people of the State, Chief Minister Dr Pramod Sawant today emphasized the need to weed out Corruption and promote transparency and remove hurdles in the way of achieving human development.
Chief Minister stressed the importance of the integrity pledge and urged the government officers to adhere to it throughout their career.