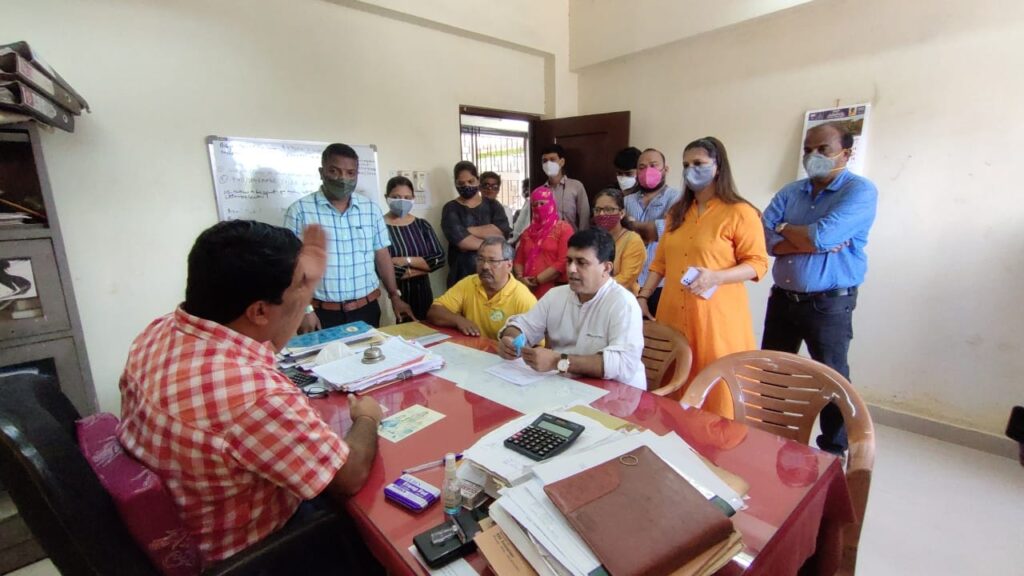 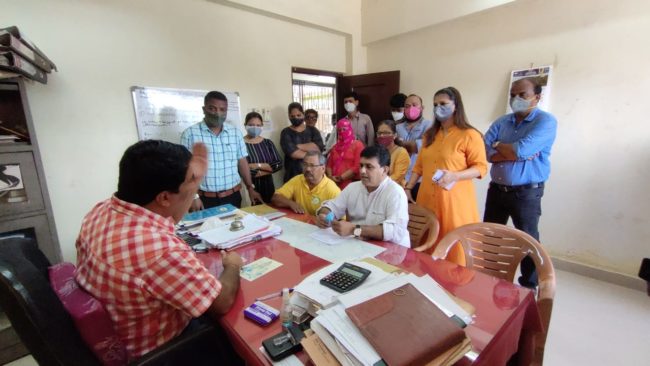 Goemkarponn desk
VASCO: Krishna Salkar and Councilors Shami Salkar, Girish Borkar and other residents on Tuesday approached the electricity department over frequent power failures.
Salkar and the others submitted a memorandum to Assistant Engineer Sanjeev Malshekar. They updated him about the frequent power cuts and requested him to take quick action to resolve the issue.
Malshekar assured to resolve the issues of the entire area by November end
Salkar speaking to the media, said that frequent power cuts were affecting the area, causing inconvenience to students attending online classes
Salkar said that he had also written to CM for underground cabling and that he would soon follow up on the same
Meanwhile, the Electricity department assistant engineer said that the underground cable had been taken up and sought until November to resolve the issue altogether. Malshekar also appealed to people to register themselves in the Urja App to get details of any power cuts and duration in advance, along with the reason for the power cut.