MINIMUM EFFORT, MAXIMUM MONEY…??? *Taxi operators say they will do only four trips a day & rest

Do not want 24 hours duty Even before the first commercial lands at Mopa, operators against taxi app 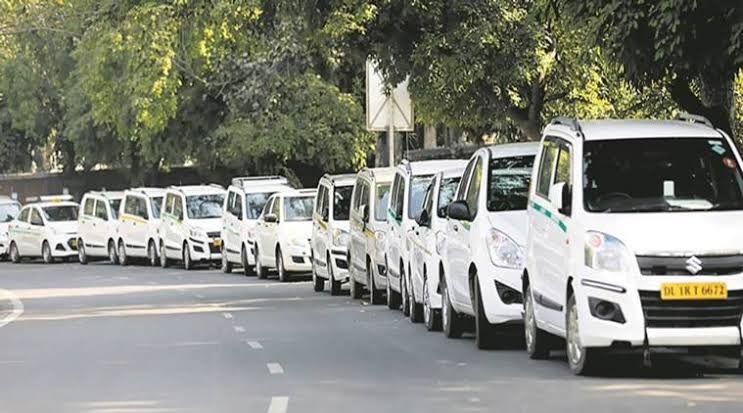 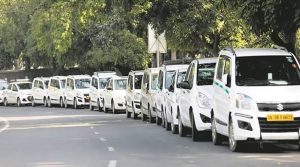 Goemkarponn desk
PANAJI: Ahead of the commissioning of Manohar International Airport on January 5, 2023, the taxi operators are up in arms against a government decision to introduce a taxi app facility at the new Airport.
The taxi operators from Pernem, who met Tourism Minister Rohan Khaunte over starting taxi service from the new Airport, made a shocking statement wherein they said that they do not have the habit of working 24×7 and that they want to rest after every 4 taxi trips.
“Those who will come from other parts of Goa have the habit of working 24×7, but we do not have such a habit. We will make only four trips,” said one of the taxi operators while speaking to the media.
The taxi operators further said that the state government would introduce app-based taxi services by taking all the stakeholders into confidence.
“We do not want app-based taxi service. We will not allow app-based service. If app-based taxi service is introduced, taxi operators from across Goa will come there,” the taxi operator said.
The taxi group called “Together for Mopa Airport” has also threatened to stage a massive protest on January 2 if their demand is not met.
The taxi operators said that they were against app-based taxi services and demanded that the government set up yellow and black taxi counters at the new Airport.
“We will not allow taxis to run under an app in any circumstances. Taxis from across Goa will be coming to Mopa, they are used to working round the clock, but we need rest after every four trips. We want a yellow and black taxi counter at Mopa, and it ought to be without meter and app,” they said.
Meanwhile, during the meeting, Tourism Minister Rohan Khaunte said Government would be giving priority to local taxi operators at the Airport.
Taxi operators across the state will be given a demo of the ‘Goa Taxi’ cab aggregator app, which is to be deployed by the state govt to streamline taxi operations in Goa, to wade away their apprehensions, informed Khaunte.
Khaunte also held a meeting with the stakeholders, including representatives of the Travel and Tourism Association of Goa (TTAG) and Mormugao MLA Sankalp Amonkar, wherein they discussed various issues pertaining to cruise ship arrival at MPA, and the recent incident wherein taxi operators derailed the pre-booked excursion of 100 American tourists in buses from the port.
Goa Tourism Development Corporation (GTDC) invited Tourist Taxi vehicles with valid All Goa Tourist or All India Permit to register for the GTDC Airport Pre-Paid Taxi Counter at New Mopa International Airport, Pernem.