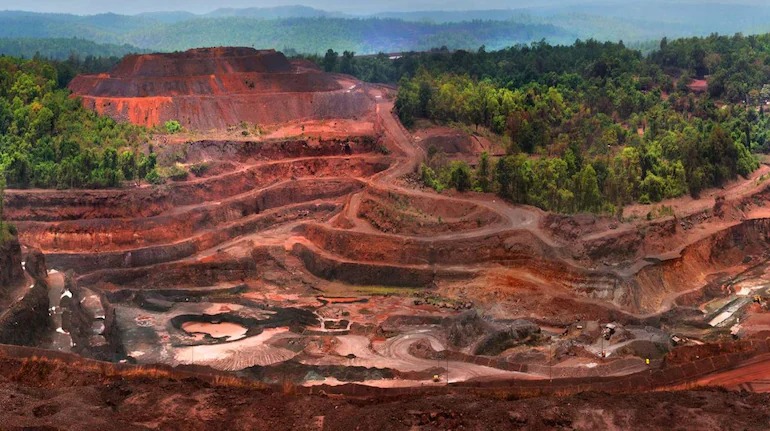 Goemkarponn desk
PANAJI: In line with iron ore, the minor minerals will have to pay an amount equivalent to five per cent of royalty towards the District Mineral Foundation Trust (DMF).
The Directorate of Mines and Geology (DMG) has amended the Goa Minor Mineral Concession Rules, 1985, to this effect. The amendment comes into force with immediate effect.
“Every holder of quarrying lease or quarrying permit or sand permit shall pay to the District Mineral Foundation of the district in which the mining operations are carried on by him, an amount equivalent to five per cent of royalty as payable under clause (i) of sub-rule (1) of rule 22,” states the amendment.
The fund is set to be utilised towards the welfare of the affected people.
DMG permits the quarrying of basalt stone, laterite stone, lime shells, river pebbles and sand mining.
The Central Government had in 2015 directed all the states to set up DMF for iron ore mining.
Following directions from the Supreme Court, the Union Mines Ministry in 2015, amended the Mines, Minerals Development and Regulation Act (MMDR), wherein all the iron ore rich States were directed to set up DMFs in all districts for the welfare of mining-affected persons to which contribution is made directly by the holders of mineral concession, apart from royalty.
The money from the DMFs is required to be used for the welfare of persons and areas hit by mining-related operations, which includes drinking water, education and infrastructure development.
The DMF, headed by the District Collectors in Goa, has around Rs 187 crore, of which not even one per cent has been spent so far towards the welfare of the mining affected.
DMG sources said the department has proposed to implement DMF for minor minerals, too, wherein the miner will have to pay 15-20 per cent royalty towards the welfare of the people affected by the mining of minor minerals.